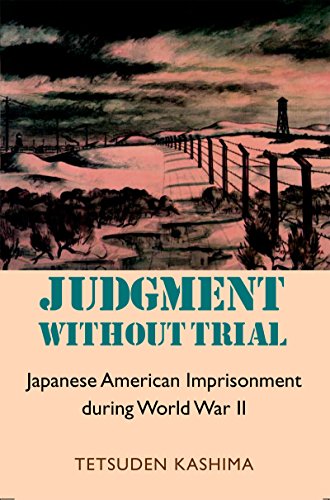 Publisher's description: Judgment without Trial reveals that long before the 1941 attack on Pearl Harbor, the U.S. government began making plans for the eventual internment and later incarceration of the Japanese American population. Tetsuden Kashima uses newly obtained records to trace this process back to the 1920s, when a nascent imprisonment organization was developed to prepare for a possible war with Japan, and follows it in detail through the war years. Along with coverage of the well-known incarceration camps, the author discusses the less familiar and very different experiences of people of Japanese descent in the Justice and War Departments' internment camps that held internees from the continental U.S. and from Alaska, Hawaii, and Latin America. Utilizing extracts from diaries, contemporary sources, official communications, and interviews, Kashima brings an array of personalities to life on the pages of his book-those whose unbiased assessments of America's Japanese ancestry population were discounted or ignored, those whose works and actions were based on misinformed fears and racial animosities, those who tried to remedy the inequities of the system, and, by no means least, the prisoners themselves. Kashima's interest in this episode began with his own unanswered questions about his father's wartime experiences. From this very personal motivation, he has produced a panoramic and detailed picture-without rhetoric and emotionalism and supported at every step by documented fact-of a government that failed to protect a group of people for whom it had forcibly assumed total responsibility.… (more)