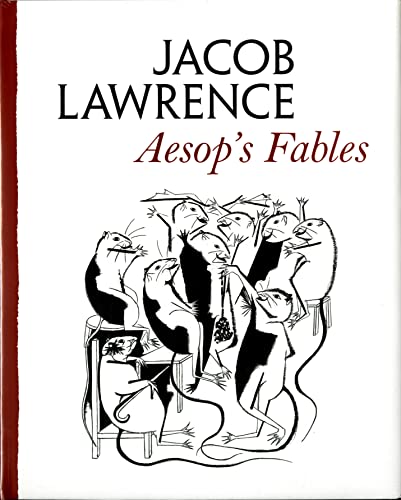 Aesop's Fables combines 23 timeless morality tales with striking black ink drawings by the revered artist Jacob Lawrence. Published originally in 1970, the book has been out of print for two decades. This new edition, completely redesigned and typeset, adds five illustrations Lawrence prepared for the original edition but which were not included in it. Aesop's fables are often ungentle tales with profound and instructive morals. Lawrence's bold and expressive pen-and-ink illustrations reflect both the charm and the severity of the fables themselves. The wisdom and depth of this collection will reach all who read it, from child to adult. Born in 1917, Jacob Lawrence is one of the most celebrated artists alive today. His awards include his 1983 election to the American Academy of Arts and Letters, a National Arts Award in 1992, and his confirmation as Commissioner of the National Council of the Arts in 1978 by the U.S. Senate. He is professor emeritus of art at the University of Washington, and has also taught at the Pratt Institute, Brandeis University, and Black Mountain College. His paintings have been widely exhibited since his first major solo exhibit in 1944 at the Museum of Modern Art, New York, and his work graces museum and private collections throughout the world.… (more)