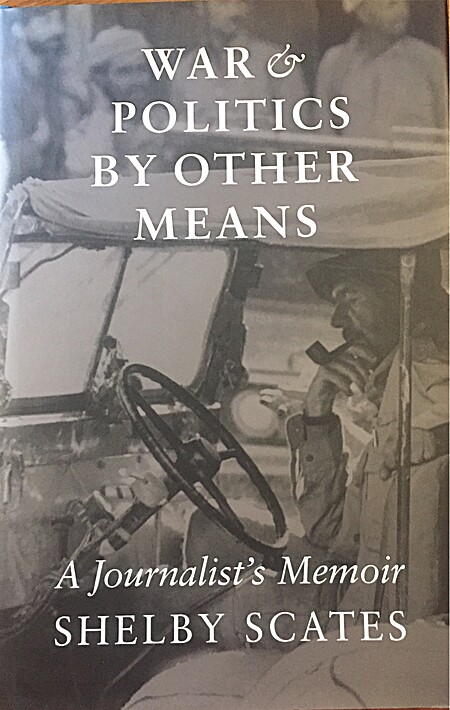 War and politics by other means : a journalist's memoir

Shelby Scates's thirty-five-year career as a prize-winning journalist and columnist for International News Service, United Press International, the Associated Press, and the Seattle Post-Intelligencer has taken him to centers of action across this country and to wars and conflicts in many of the world's danger zones. Born in the rural South in the 1930s, Scates rejected the racism he saw there and in his late teens set out across the United States -- eventually to land in Seattle, attend the University of Washington, and launch himself into a world of work, travel, and adventure as a merchant seaman and soldier. He entered journalism as a wire-service reporter hired in Manhattan and assigned to the Dallas bureau. Reporting the political beat brought Scates to Baton Rouge and New Orleans to observe the remarkable performance and influence of Earl Long as governor of Louisiana; in 1957 to Little Rock, Arkansas, to witness a constitutional crisis, the early struggle to integrate the public schools; to Oklahoma City and Dallas; and to Washington, D.C., where he became familiar with both the corridors of Congress and Lyndon Johnson's Oval Office and Air Force One. He was in Israel during the 1967 Six-Day War and its aftermath; in Lebanon and Egypt to learn about the Palestine Liberation Organization; in the Suez to investigate the "War of Attrition"; and in Cambodia during guerrilla fighting against the Vietnamese Army. As a newsman he reported on those American climbers who triumphed, though not without suffering great personal losses, by reaching the top of K2 in 1978. Scates used his considerable journalistic experience and inventiveness to get the story of this epic climb quickly back to the United States. He also describes his own midlife climb of Mt. McKinley with two friends. In a straightforward portrayal of professional life that manifests elements of both The Front Page and All the President's Men, this memoir is about the particular combination of idealism, persistence, skepticism, and dedication to truthful reporting that marks the best of American journalism.… (more)