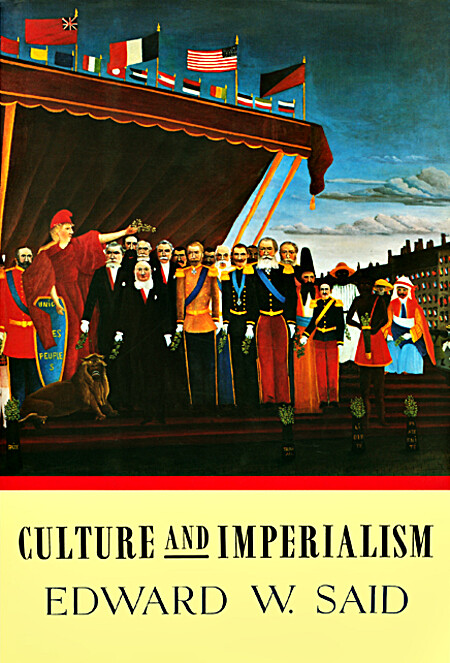 From Jane Austen to Salman Rushdie, from Yeats to the media coverage of the Gulf War, this is an account of the roots of imperialism in European culture. While many historians and commentators have analyzed the phenomenon of the imperial power wielded by Britain (and France) in the 19th century, this book analyzes its impact on the culture of the period. The author focusses on the way this cultural legacy has embedded itself in the Western view of the East, and affects our relationship with the formerly colonized world at every level, both social and political.

History and Theory
...[W]hat accounts for Orientalism' s insurgent existence is its relentless transgression of boundaries drawn by disciplines of knowledge and imperial governance. Unsettling received oppositions between the Orient and the Occident, reading literary texts as historical and theoretical events....

LibraryThing member The_Hibernator
Culture and Imperialism describes how the language used in literature can powerfully impact our stereotypes of other cultures. Using examples in classical literature (ranging from Jane Austen, to Joseph Conrad, to Albert Camus), Said shows us how imperialism was reinforced by the written word. Then, (using examples including V.S. Naipaul and Salman Rushdie) he illuminates how today's societies - who are so focused on multi-culturalism - read the right books for the wrong reasons. I found this book intriguing. I listened to it on audiobook - Ganim's reading was smooth and engaging - but I'm now tempted to pick up a hard-copy of the book and use it as a reference in my perusal of literature. This book would be interesting to anyone interested in the culture of imperialism or in literary criticism of literature in the imperialist era.… (more)
4 more
LibraryThing member jcelrod
A very interesting application of Said's orientalism to various works of canonical literature.
LibraryThing member tngolden
This book sets up a framework through which to examine and critique the effects of colonialism. While colonialism directly relates to the subjegation and
LibraryThing member DanielSTJ
A great book on its subject, Said's prose avoids being technical by bearing academic merit while, at the same time, being accessible to the common reader. The theories that he purports are illustrated through many examples across various cultures, sub-cultures, and nations. Overall, this was a tremendously satisfying read and an enlightening one as well.

4 stars-- this was worth it.… (more)
LibraryThing member b.masonjudy
Said didn't break me but came very close. More than anything, I appreciated his continual return to the context and geography of colonialism and the way that this makes works of pro-colonialist texts, such as Camus, more interesting as sites of inquiry. Rejecting a dismissal Said calls on a contrapuntal reading that engages critically with texts that have been wrest from their context and universalized. The problems if the modern academy in chapter 4 left me feeling defeated as it still seems as if most critical studies have been neutered in their political efficacy.… (more)
Fewer