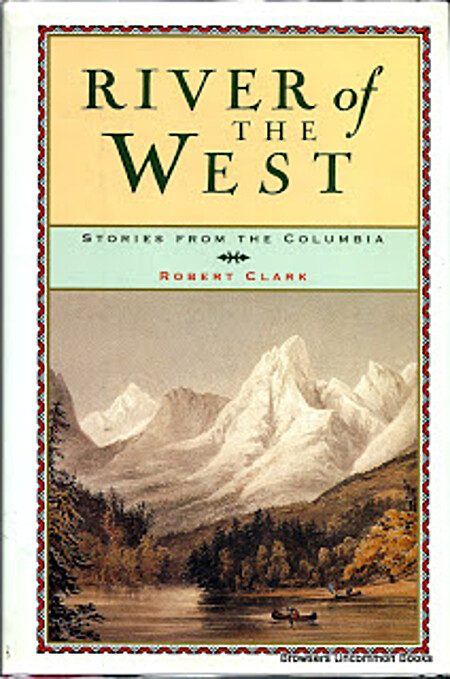 River of the west : stories from the Columbia

The Columbia River is the great river of both the American West and of the American imagination. From the glacial floods that began to shape it twelve thousand years ago to its discovery, conquest, and colonization by the English, Spanish, and Americans, the river's story encompasses not only the full range of American history but a geography of myth, hope, and tragedy: the impact of conquest on the native peoples; the idea of a United States reaching to the Pacific; the material and spiritual quests of European adventurers, New England missionaries, and emigrants from the drought-ridden plains of the Midwest; and hydropowered New Deal dreams of peace and prosperity. In River of the West, the Columbia unfolds itself in stories of the people who lived and died on its shores; "discovered" and claimed it for their country; or depended on its dam-generated power or bountiful salmon. Portraits of the shaman Smohalla, leader of the "renegade" Indians who refused to settle on the reservations, and Christian missionary Narcissa Whitman, who was mutilated and murdered by the tribe she had come to redeem (a tribe nearly destroyed by the diseases brought by white settlers), plumb the perspectives of the indigenous river peoples, the dreams of explorers and settlers, and the drama that resulted when the two met. Detailing Franklin Delano Roosevelt's stirring speeches urging the construction of the Grand Coulee and Bonneville dams, Clark evokes the "hydro-socialism" that brought dust-bowl refugees and Woody Guthrie to the lush Northwest and went on to create boomtowns as the dams powered a huge portion of the nation's World War II manufacturing effort. And, through the accounts of five imprisoned Indian fishermen, Clark reveals the tragic story of how the dams made salmon extinct on two-thirds of the Columbia and flooded ancient fishing grounds, stripping Indians of their livelihood and traditional way of life. Dramatic, often profound, and always riveting, River of the West is an unforgettable portrait of the West's greatest waterway. Providing material and spiritual sustenance for at least two dozen native river peoples; the impetus for countless expeditions by explorers - and exploiters - from around the world; central to the national visions of both Thomas Jefferson and Franklin Delano Roosevelt; the subject of more than twenty songs by Woody Guthrie; and the site of a "salmonscam" that pitted the U.S. government against traditional Yakima fishermen, the Columbia - the mythic, eternal river of the American West - has many stories to tell.… (more)

The Good Rain: Across Time and Terrain in the Pacific Northwest by Timothy Egan
Northwest passage : the great Columbia River by William Dietrich
A river lost : the life and death of the Columbia by Blaine Harden
Panoramas of promise : Pacific Northwest cities and towns on nineteenth-century lithographs by John William Reps
The Organic Machine: The Remaking of the Columbia River by Richard White
15 more
The Oregon desert by E. R. Jackman
Great river of the West : essays on the Columbia River by William L. Lang
Who Owns the West? by William Kittredge
Voyage of a summer sun : canoeing the Columbia River by Robin Cody
The untamed Olympics; the story of a peninsula by Ruby El Hult
Rains All the Time: A Connoisseur's History of Weather in the Pacific Northwest by David Laskin
The final forest : the battle for the last great trees of the Pacific Northwest by William Dietrich
My Story As Told By Water - Confessions, Druidic Rants, Reflections, Bird-watchings, Fish-stalkings, Visions, Songs... by David James Duncan
Landscapes of promise : the Oregon story, 1800-1940 by William G. Robbins
The American Northwest: A History of Oregon and Washington by Gordon B. Dodds
Fire & ice : the Cascade volcanoes by Stephen L. Harris
Astoria : John Jacob Astor and Thomas Jefferson's lost Pacific empire : a story of wealth, ambition, and survival by Peter Stark
Skid road : an informal portrait of Seattle by Murray Cromwell Morgan
Calamity : the Heppner flood of 1903 by Joann Green Byrd
The last wilderness by Murray Cromwell Morgan
Fewer