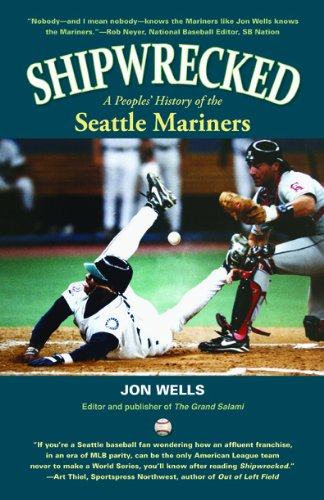 Shipwrecked: A Peoples' History of the Seattle Mariners

From "Moneyball," baseball fans have learned about the complicated relationship between money and success. The question now for Seattle Mariner fans is whether the current ownership will spend the money to give fans the team they have dreamed of and earned with years of support. In "Shipwrecked," Jon Wells, a baseball writer and publisher who has covered the team for more than 15 years, asserts that poor management and shortsighted ownership combined to keep a team with three first-ballot Hall of Fame players, each in the prime of his career, from reaching the World Series. Wells details every misstep by the Mariners during the team's 35-year history. But wait, there's hope! Can General Manager Jack Zduriencik bring in enough young talent to make this club a contender again, as he did for the Milwaukee Brewers? If you liked "Moneyball," you'll love Shipwrecked.… (more)