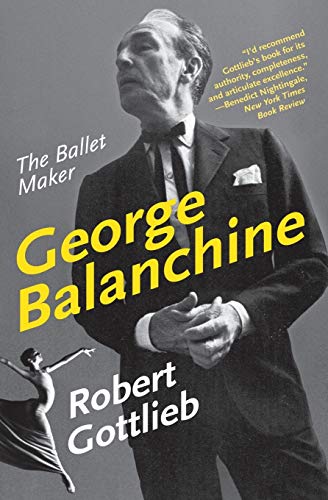 "Balanchine's life story is a fascinating journey - from his near-accidental enrollment, at the age of nine, in St. Petersburg's Imperial School of Ballet, through the deprivation and hunger of Bolshevik Russia, to Diaghilev's Ballets Russes, and finally, in 1933, to the United States and eventually to the New York City Ballet, to which his reputation is forever tied. As his fame spread around the world, Balanchine's ideas revolutionized ballet, extending the vocabulary of classical dance both through his teaching and through a series of great works, from his crucial collaboration with Stravinsky to his restagings of nineteenth-century classics, including the immensely popular Nutcracker." "Even as he was championing classical ballet during the thirties and forties, Balanchine was expanding the possibilities of dance on Broadway, choreographing a series of major musicals (four Rodgers and Hart shows, including On Your Toes, with its famous "Slaughter on Tenth Avenue"). Meanwhile in Hollywood, beginning with The Goldwyn Follies, he was successfully exploring the possibilities of filmed dance." "His personal life was as highly charged as his professional life, involving five dancer-wives, including Broadway stars Tamara Geva (On Your Toes) and Vera Zorina (I Married an Angel) and three great ballerinas, most notably Maria Tallchief." "Drawing on his own involvement with the New York City Ballet and his relationships with Balanchine, Lincoln Kirstein (who brought Balanchine to America), and many of Balanchine's leading colleagues, Gottlieb has produced a portrait of a vital man, one of the creative masters of the twentieth century."--BOOK JACKET.… (more)

Balanchine: a biography by Bernard Taper
Holding on to the air : an autobiography by Suzanne Farrell
Diaghilev's Ballets russes by Lynn Garafola
I remember Balanchine : recollections of a ballet master by those who knew him by Francis Mason
George Balanchine, ballet master : a biography by Richard Buckle
15 more
Once a dancer-- by Allegra Kent
Apollo's angels : a history of ballet by Jennifer Homans
Choura: The Memoirs of Alexandra Danilova by Alexandra Danilova
Portrait of Mr. B : photographs of George Balanchine, with an essay by Lincoln Kirstein by Lincoln Kirstein
Winter Season: A Dancer's Journal by Toni Bentley
Dance is a contact sport by Joseph H. Mazo
Secret muses : the life of Frederick Ashton by Julie Kavanagh
Nijinsky by Richard Buckle
Dancing on my grave : an autobiography by Gelsey Kirkland
Bronislava Nijinska--early memoirs by Bronislava Nijinska
Balanchine's ballerinas : conversations with the Muses by Robert Tracy
Mark Morris by Joan Ross Acocella
Margot Fonteyn by Meredith Daneman
Blood memory by Martha Graham
Balletmaster : a dancer's view of George Balanchine by Moira Shearer
Fewer