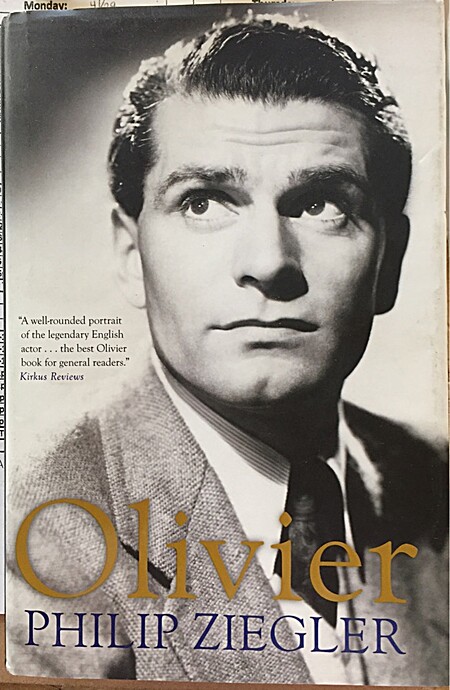 A finalist for the Sheridan Morley Prize that has been called "probably the best Olivier book for general readers" (Kirkus Reviews), Philip Ziegler's Olivier provides an incredibly accessible and comprehensive portrait of this Hollywood superstar, Oscar-winning director, and one who is considered the greatest stage actor of the twentieth century. The era abounded in great actor -- Gielgud, Richardson, Guinness, Burton, O'Toole - but none could challenge Laurence Olivier's range and power. By the 1940s he had achieved international stardom. His affair with Vivien Leigh led to a marriage as glamorous and as tragic as any in Hollywood history. He was as accomplished a director as he was a leading man: his three Shakespearian adaptations are among the most memorable ever filmed. And yet, at the height of his fame, he accepted what was no more than an administrator's wage to become the founding Director of the National Theatre. In 2013 the theatre celebrates its fiftieth anniversary; without Olivier's leadership it would never have achieved the status that it enjoys today. Off-stage, Olivier was the most extravagant of characters: generous, yet almost insanely jealous of those few contemporaries whom he deemed to be his rivals; charming but with a ferocious temper. With access to more than fifty hours of candid, unpublished interviews, Ziegler ensures that Olivier's true character -- at its most undisguised -- shines through as never before.… (more)

Olivier by Terry Coleman
A positively final appearance : a journal, 1996-98 by Alec Guinness
Acting Shakespeare by Sir John Gielgud
Against type : the biography of Burt Lancaster by Gary Fishgall
Loitering with intent by Peter O'Toole