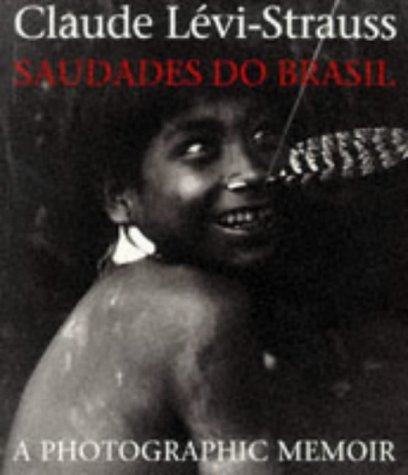 Saudades Do Brasil: A Photographic Memoir

"The 180 photographs gathered here all relate to South America... a testimonial... to Brazil and its people more than half a century ago, to whom--as well as to my distant youth--I address a friendly and nostalgic salute."--Claude L#65533;vi-Strauss Claude L#65533;vi-Strauss, internationally known as a brilliant and sometimes controversial anthropologist, is also a skilled and sensitive photographer. Saudades do Brasil--"nostalgia for Brazil," from the title of a musical composition by Darius Milhaud--presents 180 of the more than 3,000 photographs L#65533;vi-Strauss took in Brazil between 1935 and 1939. While serving as professor of sociology at the University of S#65533;o Paulo, the young ethnographer made expeditions among the natives of Mato Grosso and Southern Amazonia that resulted in numerous publications, most notably Tristes Tropiques. Most of these photographs are published here for the first time. L#65533;vi-Strauss begins his photographic memoir in S#65533;o Paulo, then a frontier city rapidly changing to an industrial metropolis, a city with "a singular beauty, due to breaks in rhythm, architectural paradoxes, contrasting shapes and colors." The rest of the photographs chronicle L#65533;vi-Strauss's expeditions among the Caduveo, the Bororo, the Nambikwara, and other tribes--"the last escapees from the cataclysm that discovery and subsequent invasions had been for their ancestors." His pictures capture the Amazonian landscape, the people, and their activities, social lives, and ceremonies. Informative captions by L#65533;vi-Strauss enhance the ethnographic and human interest of his photographs. Saudades do Brasil will be of interest to anthropologists, photographers, and readers concerned with a part of the world that is geographically remote but globally significant.… (more)

The Way of the Masks by Claude Lévi-Strauss
Darwin's Origin of species : a biography by E. J. Browne
Fiction in the Archives: Pardon Tales and Their Tellers in Sixteenth-Century France by Natalie Zemon Davis
An invincible memory by João Ubaldo Ribeiro