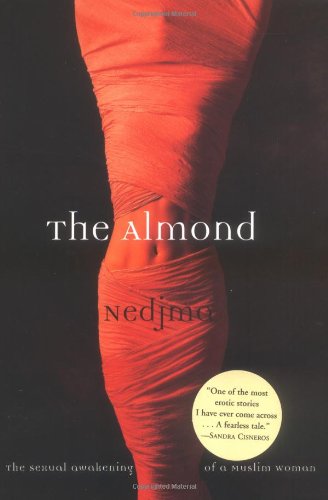 The Almond: The Sexual Awakening of a Muslim Woman

LibraryThing member oldbookswine
Translated from French the book is a story of a girl sold by her parents to an older man in marriage. Growth of the women through sexual experiences using much erotic langange. Not for everyone
4 more
LibraryThing member cadillacrazy
I read and finished this book but I'm not sure if I liked it. I left me feeling like I couldn't done something better with my time.
LibraryThing member goldiebear
Honestly, I am not sure what to make of this book. First, it took me a while to figure out where this story took place; (Turkey? I believe..). It was not what I expected. It was erotic and crude all at the same time. It was a nice change of pace from what I am used to. Nedjma is a fantastic story tell and I was happy to see a novel written about this subject from a Middle Eastern woman. Very liberating. I have to admit I stopped reading at about page 185 or so. It was getting a bit old. It didn't seem like it was really going anywhere... though I may have missed something. I did however like how the story was told; alternating between basically Bhadra's former life and her new life. I also enjoyed the story line with the aunt. I however got a little bored with Driss and the lesbians. It was just a bit much for me. Over all, it was a nice change of pace, but not the greatest thing I have ever read.… (more)
LibraryThing member nordie
In two minds about this book. On one hand it can be seen as the suppression of women and their sexuality in a patriarchal society, and the heightened erotic reclaiming of their bodies (both as children and women). On the other hand, it's a way for the writer to get down as many different sexual words and permutations onto the page before someone finds out they've written a "smutty" book.

I am sure there have been women who lived the way the author described, but not very many. And frankly, it was a bore.
… (more)
Fewer

Dreams of trespass : tales of a harem girlhood by Fatima Mernissi
Delta of Venus : erotica by Anaïs Nin
Alentejo Blue by Monica Ali