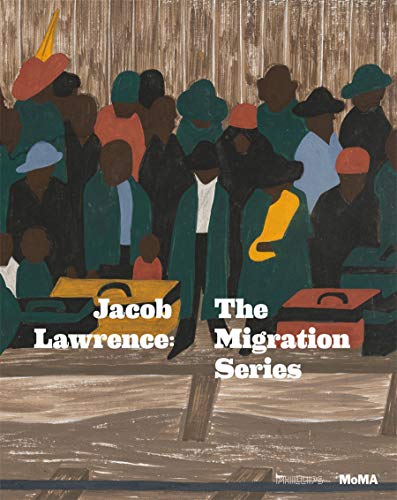 In 1941, Jacob Lawrence, then just 23 years old, completed a series of 60 small tempera paintings with text captions about the Great Migration, the mass movement of black Americans from the rural South to the urban North that began in 1915-16. Within months of its making, the Migration Series was divided between The Museum of Modern Art (even-numbered panels) and the Phillips Memorial Gallery (odd-numbered panels). The work has since become a landmark in the history of African American art, a monument in the collections of both institutions and a crucial example of the way in which history painting was radically reimagined in the modern era. In 2015 and 2016, the panels will be reunited in exhibitions at The Museum of Modern Art and at The Phillips Collection. This catalogue grounds Lawrence's Migration Series in the cultural and political debates that shaped the young artist's work and highlights its continued resonance for artists and writers today. An essay by Leah Dickerman situates the series within contemporary discussions about black history and an artist's social responsibilities in the late 1930s and early 1940s. Elsa Smithgall traces the acquisition and exhibition history of the Migration Series. Short commentaries on each panel explore Lawrence's career and technique, and the social history of the Migration. The catalogue also debuts ten poems commissioned from acclaimed poets that respond to the Migration Series. Elizabeth Alexander, honored as the poet at President Obama's first inauguration, introduces the section.… (more)