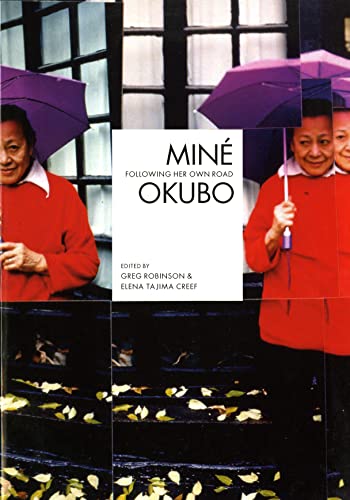 Miné Okubo : following her own road

?To me life and art are one and the same, for the key lies in one's knowledge of people and life. In art one is trying to express it in the simplest imaginative way, as in the art of past civilizations, for beauty and truth are the only two things which live timeless and ageless.' - Miné Okubo This is the first book-length critical examination of the life and work of Miné Okubo (1912-2001), a pioneering Nisei artist, writer, and social activist who repeatedly defied conventional role expectations for women and for Japanese Americans over her seventy-year career. Okubo's landmark Citizen 13660 (first published in 1946) is the first and arguably best-known autobiographical narrative of the wartime Japanese American relocation and confinement experience. Born in Riverside, California, Okubo was incarcerated by the U.S. government during World War II, first at the Tanforan Assembly Center in California and later at the Topaz War Relocation Center in Utah. There she taught art and directed the production of a literary and art magazine. While in camp, Okubo documented her confinement experience by making hundreds of paintings and pen-and-ink sketches. These provided the material for Citizen 13660. Word of her talent spread to Fortune magazine, which hired her as an illustrator. Under the magazine's auspices, she was able to leave the camp and relocate to New York City, where she pursued her art over the next half century. This lovely and inviting book, lavishly illustrated with both color and halftone images, many of which have never before been reproduced, introduces readers to Okubo's oeuvre through a selection of her paintings, drawings, illustrations, and writings from different periods of her life. In addition, it contains tributes and essays on Okubo's career and legacy by specialists in the fields of art history, education, women's studies, literature, American political history, and ethnic studies, essays that illuminate the importance of her contributions to American arts and letters. Miné Okubo expands the sparse critical literature on Asian American women, as well as that on the Asian American experience in the eastern United States. It also serves as an excellent companion to Citizen 13660, providing critical tools and background to place Okubo's work in its historical and literary contexts.… (more)