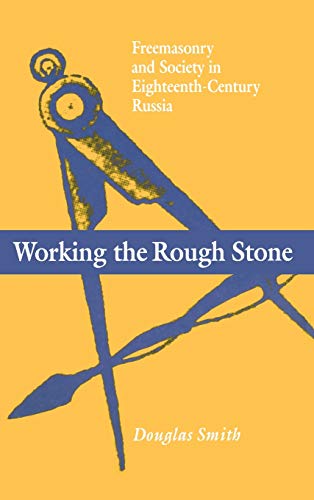 Working the rough stone : freemasonry and society in eighteenth-century Russia

Using a wealth of archival sources previously unavailable to scholars, Smith examines the forces that attracted many social and intellectual leaders of eighteenth-century Russia to Freemasonry as an instrument for change and progress. By "working the rough stone" of their inner thoughts and feelings, such men sought to become champions of moral enlightenment and to create a vision of social action that could bring about change without challenging the social and political precepts on which Russia's stability depended. By challenging a number of long-held notions about Russian society, Smith broadens our understanding of the complex history of eighteenth-century Russia. Engagingly written and richly illustrated with rare engravings of Masonic life and ritual, this volume will appeal to readers interested in Russia, Europe, the Enlightenment, and the history of Freemasonry.… (more)