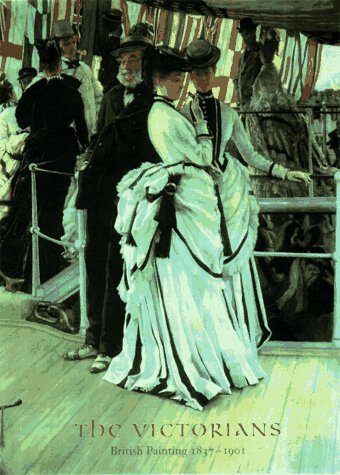 During Queen Victoria's reign Britain was the world's most powerful and technologically advanced country, and British painters responded to their nation's rapid industrialization and increasing materialism with a mixture of realism and romanticism. Illustrated and discussed in this book are characteristically Victorian narrative and genre paintings, and also work that reflected international cultural developments. From the medieval tendencies of Dante Gabriel Rossetti and other Pre-Raphaelites to the classicism of Frederic Leighton and Lawrence Alma-Tadema, Victorian painting is seen to have encompassed a broad range of subjects and styles.

LibraryThing member Big_Bang_Gorilla
Being an exhibition catalog, not a definitive study of the area. The catalog represents a good selection of paintings; alas and alack, the plates are separated from the commentary, necessitating lots of flipping around.