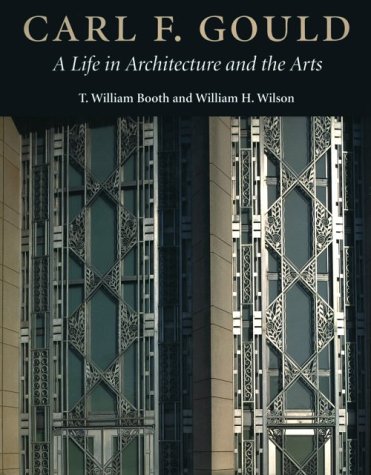 Carl F. Gould : a life in architecture and the arts

Architect Carl F. Gould (1873-1939) was one of the major shapers of modern Seattle. In the early part of the century he was responsible for some of the city's most distinguished homes and public buildings. He and his partner Charles Herbert Bebb developed the University of Washington campus plan and designed and executed many of its finest buildings, including the renowned Suzzallo Library and the Henry Art Gallery. Gould founded the university's Department of Architecture; was active in the Washington State Chapter of the American Institute of Architects and the Seattle Fine Arts Society (and its successor the Seattle Art Institute); and was a member of the city's first planning commission. In this first biography of Gould the architect, teacher, civic leader, and family man, authors T. William Booth and William H. Wilson trace his life and work during almost thirty years of architectural practice in Seattle. Utilizing numerous drawings held in family, university, and Seattle Art Museum collections, the authors explore the full range of Gould's work, from student Beaux-Arts projects to over 150 extant buildings, and other important though unbuilt projects. Gould's homes and commercial buildings are profusely illustrated. Booth and Wilson follow the evolution of Gould's ideas through his publications, lecture notes, correspondence, diaries, speeches, and public activities. Gould moved from New York to Seattle in 1908, when the city was undergoing vigorous expansion in population, industry, and civic awareness. Well traveled and educated, the 34-year-old Gould brought with him a cosmopolitan sensibility, a gregarious nature, a highly developed civic consciousness, and talent. In the first years of his practice, domestic structures in traditional style formed the major portion of his work. His noble interiors, naturally lighted and elegantly proportioned, remain among the most satisfactory of living spaces. Essentially a regionalist and traditionalist in the design of homes, in the last decade of his life Gould embraced modernism for commercial structures. These affirm his skill in utilizing new concepts and materials. His consummate achievement in the modern idiom was the Seattle Art Museum in Volunteer Park. This book explores Gould's intellectual and aesthetic commitment to ideas he considered essential to the life of architecture. He advocated the concept of beauty as fundamental in architecture, comprising elements of balance, site appropriateness, suitability for the client, generosity of spirit, and a human response of ease and delight in the entire architectural ensemble. Gould worked in the great age of the generalist--he concerned himself with site, landscape, and interior design as well as with the architectural envelope. Throughout his career he searched for elements of an American and regional style. This biography reviews Gould's life and career, capturing the setting in which he worked and thrived, and the vision and sense of obligation that supported his private and public actions.… (more)