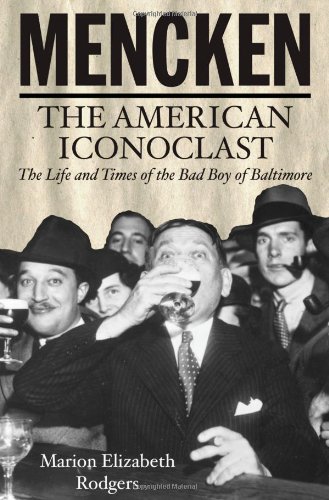 H. L. Mencken, the twentieth century's greatest newspaper journalist, a famous wit, and a fearless iconoclast, fought for civil liberties and free speech yet held paradoxical views of minorities and was conflicted as a German-American during World War II. Marion Rodgers frames the public man and the private man within the context of his era, and covers the many love affairs that made him known as the "German Valentino,? his happy marriage at age fifty to Sarah Haardt, and his pivotal role in introducing James Joyce, F. Scott Fitzgerald, and Langston Hughes to the American literary scene.

The skeptic : a life of H.L. Mencken by Terry Teachout
Edmund Wilson : a life in literature by Lewis M. Dabney
Patriotic gore : studies in the literature of the American Civil War by Edmund Wilson
Personal History by Katharine Graham
The Chief: The Life of William Randolph Hearst by David Nasaw
1 more
Defining the World: The Extraordinary Story of Dr Johnson's Dictionary by Henry Hitchings
Fewer