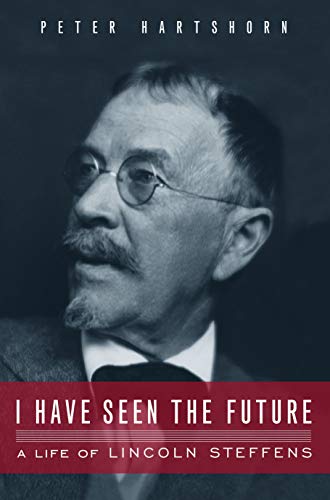 I have seen the future : A life of Lincoln Steffens

"At the dawn of the twentieth century, Lincoln Steffens, an internationally known and respected political insider, revolutionized the field of journalism with his stunning exposes for McClure's Magazine. Credited as the proverbial father of muckraking reporting, Steffens quickly rose to the top of McClure's team of investigative journalists by using his knack for tireless probing to battle government and corporate corruption at the highest levels." -- from book jacket.

Decca : The Letters of Jessica Mitford by Jessica Mitford
How the other half lives : studies among the tenements of New York by Jacob A. Riis
Cronkite by Douglas Brinkley
Pulitzer : a life in politics, print, and power by James McGrath Morris
When MBAs rule the newsroom : how the marketers and managers are reshaping today's media by Doug Underwood