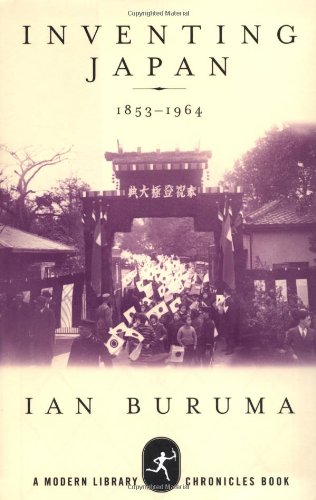 In a single short book as elegant as it is wise, Ian Buruma makes sense of the most fateful span of Japan's history, the period that saw as dramatic a transformation as any country has ever known. In the course of little more than a hundred years from the day Commodore Matthew Perry arrived in his black ships, this insular, preindustrial realm mutated into an expansive military dictatorship that essentially supplanted the British, French, Dutch, and American empires in Asia before plunging to utter ruin, eventually emerging under American tutelage as a pseudo-Western-style democracy and economic dynamo. What explains the seismic changes that thrust this small island nation so violently onto the world stage? In part, Ian Buruma argues, the story is one of a newly united nation that felt it must play catch-up to the established Western powers, just as Germany and Italy did, a process that involved, in addition to outward colonial expansion, internal cultural consolidation and the manufacturing of a shared heritage. But Japan has always been both particularly open to the importation of good ideas and particularly prickly about keeping their influence quarantined, a bipolar disorder that would have dramatic consequences and that continues to this day. If one book is to be read in order to understand why the Japanese seem so impossibly strange to many Americans, Inventing Japan is surely it.… (more)

LibraryThing member thorold
This is one of the Modern Library Chronicles series of brief histories, taking us through the history of modern Japan from Commodore Perry to the Tokyo Olympics in not much more than 150 pages, but it's far from being a mere gallop through the facts. As you might expect from Buruma, the stress is on understanding the development of Japanese political thought and exploring how that led to the peculiarities of the Japanese kokutai (polity) as it leapt from feudalism to Meiji authoritarianism, Showa militarism, and the postwar LDP machine. And of course, he's not slow to express his opinion of what went wrong with all these different visions of Japaneseness. Buruma looks not only at the roles played by political and military figures, but also at the cultural background to the main currents of Japanese thought during the period - novelists, film-makers, popular journalism, propaganda, etc.

One thing that struck me from Buruma's account was the extent to which Japanese scholars were already aware of (and using) western ideas during the Dutch period - the idea of Japan suddenly being made to open the shutters and discover the modern world for the first time in the 1850s makes a good story, but of course it couldn't really have been quite as sudden as that in real life. Another was the way that the state reacted to the destabilising effects of outside ideas by inventing new "ancient traditions" to reinforce the links between authority, religion and nationalism - not so very different to what was happening in Britain during the industrial revolution or is happening now in many postcolonial states.

Obviously, there has to be a lot of important material that gets missed out or skipped over lightly in a book this size (quite apart from the fact that the book was written 15 years ago and only takes the main story up to 1964 anyway). Buruma is an opinionated writer, albeit one I usually find myself agreeing with, so it's probably best not to take this book in isolation, but it is a good way to get the broad outlines of the story fixed in your mind. It looks like a useful jumping-off point, and it comes with a comprehensive bibliography to facilitate that kind of use.… (more)
3 more
LibraryThing member Scapegoats
This is a very good overview of the political transformation of Japan from Commodore Perry's forcing it open in 1853 until the 1964 Tokyo Olympics. It focuses on politics, with the overall arguments that liberal democracy has never been part of Japan and that its constitutional system, both before and after WWII, was too weak an unresponsive to be effective. He argues that the vaguest of the Meiji Constitution left the military responsible only to the emperor, who was supposed to be above politics. The elected civilian government had no control over the military, which allowed the military to become the driving force in Japanese politics.

Buruma argues that the problem in the government was that it was designed so that no individual can get too much power. Prior to WWII, the power was focused on the emperor, which meant that no faction had the power to make hard decisions, which led to a sort of inertia driven by outside events. He even argues that this inertia led to Pearl Harbor, as the drift to war could only be stopped by strong leadership, but only Hirohito was in a position to do this, but he was either unable or unwilling to do so. He doesn't say that Hirohito was the driving force towards war (he says that the emperor's role in this remains unclear) but that he bears responsibility for not stopping it.

He also argues that after the war, Japan eventually established the Liberal Democratic system, which kept that party in power by ensuring prosperity and providing largesse. The system was designed to maintain its power while also preventing any individual from assuming too much influence. The party was a coalition that would rebel against that sort of accumulation of power. As a result, like the pre-war governments, it is unable to deal with major problems or issues. Its rule requires consensus. This worked well into the 1990s, when the economy stopped growing and hasn't recovered since. The Lib-Dems lost power, but soon gained it back and the system remains unchanged. As a result, the Japanese government has not enacted any substantial economic reforms to restart the economy.

This work is a great introduction to the illiberal democracy of modern Japan, but. it doesn't deal much with economics until after WWII, leaving the reader wondering why the Meiji Restoration sparked such economic growth. He is also very heavy handed in analyzing the failing of Japanese democracy. But overall, this is a good book to get started on how the Japanese tried to reinvent themselves in modern times and why they were only partially successful.… (more)
LibraryThing member dlovins
Small book, but with lots of interesting facts about Japan. For example, contrary to the assumption that Christianity had no appeal there, in fact it was spreading quickly to the point that in 1638 the Tokugawa bakufu felt it necessary to massacare Japanese converts, ban Christian books, and expell all missionaries from the country. Overtly Christian Europeans were not allowed to return until the re-opening of Japan in 1853.… (more)
LibraryThing member RBeffa
A very interesting but brief overview of the creation of modern Japan with a focus on the years from 1853 (when Perry sought to "reopen" Japan via gunboat diplomacy) through 1964 when Tokyo hosted the Olympics. Let me emphasize brief, because this is like an outline or a sketch. I wanted more information about almost everything. Lots of stuff here and names thrown around with little detail. However I did appreciate being able to get an overall picture and organized look at the changes Japan went through. The author does have some strong opinions as well.

There are a few places where the author loses me in his rush through history, but plenty of places where the information just makes me roll my eyes or boggles my mind. The way the Japanese Constitution was created in 1946 is one of those mind boggles. The way that assassination of public figures was seemingly a constant throughout the pre WWII history also boggles my mind.

Japan continues to fascinate me. I'll never understand it. The instructive bibliography included gives me much fodder for further reading. I have several of the books discussed. This is a book that sparks interest in a subject.… (more)
Fewer

The Chrysanthemum and the Sword: Patterns of Japanese culture by Ruth Benedict
The enigma of Japanese power : people and politics in a stateless nation by Karel van Wolferen
Mirror in the Shrine: American Encounters with Meiji Japan by Robert A. Rosenstone
Nixon and Mao : the week that changed the world by Margaret Olwen Macmillan
Looking For the Lost : Journeys Through a Vanishing Japan by Alan Booth
1 more
The Inland Sea by Donald Richie
Fewer