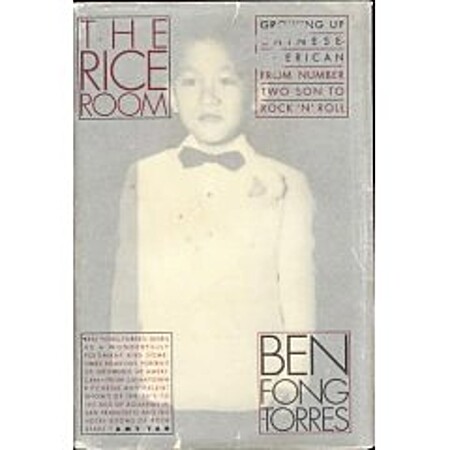 The Rice Room is a brilliant and moving memoir of growing up in Oakland's Chinatown, by one of America's preeminent journalists. Ben Fong-Torres was the third child of first-generation Chinese parents. His father came to America via the Philippines, adding "Torres" to his name to convince immigration officials that he was Filipino, since there were strict limits on the number of Chinese immigrants that were allowed. His mother came into the country under similarly deceptive circumstances. Together they set up a life that did not include outsiders, and they assumed that their children would share their views. But for Ben and his siblings, including older brother and Number One Son Barry, this was never an option. As youngsters, they loved exploring the sights and sounds of their immediate neighborhood, and spent much of their time working and studying in the rice room of their family restaurant, isolated from outsiders. But going to an American school made them aware of an entirely different world, and soon Ben and Barry were shocking their parents by reciting American song lyrics, reading American comic books, and even listening to forbidden rock and roll lp's. At age twelve, Ben went with his father to Amarillo, Texas, to open a restaurant. There he was thrown into a strange new community, many of whose members had never laid eyes upon an Asian person before. Ben combatted his loneliness by hard work, learning to lip-synch to Elvis, and tentatively making a few friends, ignoring the comments of those such as his gym teacher, who called him "Chop-Chop." By the time he returned to Oakland, he was much more aware of how the rest of the country might view his family, and he was more determined than ever to have a piece of the American pie. Working in the detested rice room made Ben and his siblings realize how much was expected of them as Chinese sons and daughters. Yet Ben continued to be obedient, at least on the surface - in the meantime holding down newspaper writing jobs at increasingly radical papers, including the daily Golden Gator at Berkeley, where he covered the nascent protest movement. Ironically, even as he tried to communicate in halting Cantonese with his parents, who never mastered English, he was becoming an important part of the American mainstream. Upon graduation from college he joined the staff of a fledgling magazine called Rolling Stone, and joined the group of people who chronicled and came to define the 1960s counterculture, partying with Jann Wenner and Hunter Thompson, and interviewing Janis Joplin, Jim Morrison, Bob Dylan, The Jefferson Airplane, and scores of other seminal musicians of the era. Then tragedy struck - and Ben had to learn that family came first, no matter how backward at times they seemed. The Rice Room is riveting personal history of the most moving and engaging kind - a story of growing up in this country that readers of all backgrounds will want to experience.… (more)

Publishers Weekly
[Fong-Torres'] autobiography is peppered with colorful anecdotes about the early days at Rolling Stone and its flamboyant editor, Jann Wenner, but the memoir's chief interest is in its moving account of the author's attempt to negotiate a peaceable compromise between a son's enthusiasm for trendy culture and his parents' desire that he embrace antithetical Chinese traditions instead.

LibraryThing member autumnesf
Story of an American Born Chinese to immigrant parents. Follows a young man into adulthood. Culture clash and Chinese values makes for a tough upbringing. Author never even learns enough Chinese to communicate with his parents...who do not learn enough English to communicate with their children well. Positive side of the book is the successful career the author has and his opinion that his race did not hold him back any on being a writer/dj. Worth a read if you are interested in the immigrant/native children lifestyle.… (more)

ALA Popular Paperbacks for Young Adults

The accidental Asian : notes of a native speaker by Eric Liu
Strangers from a Different Shore: A History of Asian Americans by Ronald Takaki
Asian Americans : oral histories of first to fourth generation Americans from China, the Philippines, Japan, India, the Pacific Islands, Vietnam, and Cambodia by Joann Faung Jean Lee
Paper Daughter: A Memoir by M. Elaine Mar
The Chinese in America: A Narrative History by Iris Chang
14 more
Donald Duk : a novel by Frank Chin
Fifth Chinese daughter by Jade Snow Wong
Asian American Dreams: The Emergence of an American People by Helen Zia
Growing up Asian American by Maria Hong
American knees by Shawn Wong
Bone by Fae Myenne Ng
The Big aiiieeeee! : an anthology of Chinese American and Japanese American literature by Jeffery Paul Chan
The Chickencoop Chinaman ; and, The Year of the Dragon : Two Plays by Frank Chin
Tripmaster monkey : his fake book by Maxine Hong Kingston
Bulletproof Buddhists and Other Essays by Frank Chin
Margins and mainstreams : Asians in American history and culture by Gary Y. Okihiro
The woman warrior : memoirs of a girlhood among ghosts by Maxine Hong Kingston
Chinese American portraits : personal histories, 1828-1988 by Ruthanne Lum McCunn
Where the body meets memory : an odyssey of race, sexuality, and identity by David Mura
Fewer