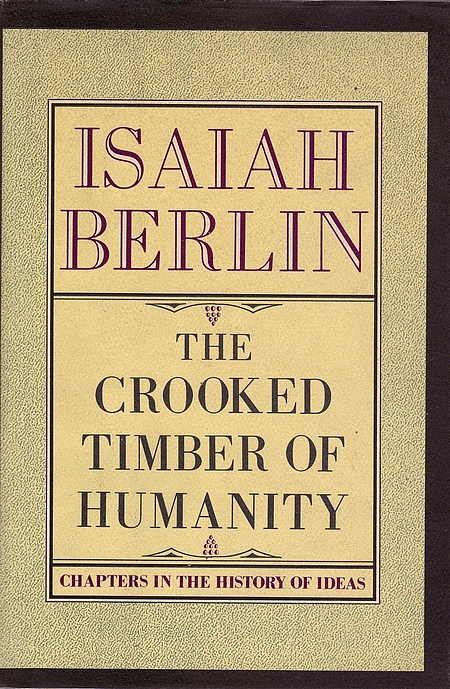 The crooked timber of humanity : chapters in the history of ideas

"Out of the crooked timber of humanity, no straight thing was ever made."--Immanuel Kant Isaiah Berlin was one of the most important philosophers of the twentieth century--an activist of the intellect who marshaled vast erudition and eloquence in defense of the endangered values of individual liberty and moral and political plurality. In The Crooked Timber of Humanity he exposes the links between the ideas of the past and the social and political cataclysms of our own time: between the Platonic belief in absolute truth and the lure of authoritarianism; between the eighteenth-century reactionary ideologue Joseph de Maistre and twentieth-century Fascism; between the romanticism of Schiller and Byron and the militant--and sometimes genocidal--nationalism that convulses the modern world. This new edition features a revised text that supplants all previous versions, a new foreword in which award-winning novelist John Banville discusses Berlin's life and ideas, particularly his defense of pluralism, and a substantial new appendix that provides rich context, including letters by Berlin and previously uncollected writings, most notably his virtuoso review of Bertrand Russell's A History of Western Philosophy.… (more)

LibraryThing member NativeRoses
Berlin ferrets out the roots of the prejudice, intolerance, fanaticism and lust for domination that blight the modern world. He is leery of disruptive nationalisms that presume a nation's unique mission and intrinsic superiority--and that often foster racial and ethnic hatreds. He persuasively interprets 18th-century French reactionary thinker Joseph de Maistre as a harbinger of fascism. The Romantic movement's dismissal of the very notion of objective truth, its glorification of defiance and martyrdom, are, to Berlin, a disturbing legacy. While nodding to cultural pluralism, he insists that "we inhabit one common moral world." In tracing the pedigree of such novel ideals as tolerance, liberty and social equality from the Enlightenment onward, these erudite, engaging essays throw our century of massive violence into sharp perspective.… (more)
1 more
LibraryThing member JBreedlove
Not the easiest read but a great background on the history of philosophical thought in western Europe and the extremes to where it lead.I fast read through some parts but most was a review of a number of philosophers through history.
Fewer

Isaiah Berlin : a life by Michael Ignatieff
The Open Society and Its Enemies, Vol. 1: The Spell of Plato by Karl R. Popper