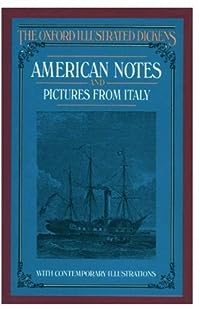 American notes ; and, Pictures from Italy

The German war machine is in retreat as the Russians advance. In Warsaw, Resistance fighters rise up against their Nazi occupiers, but the Germans retaliate, ruthlessly leveling the once-beautiful city. American Adam Nowak has been dropped into Poland by British intelligence as an assassin and Resistance fighter. During the Warsaw Uprising he meets Natalia, a covert operative who has lost everythingjust as he has. Amid the Allied power struggle left by Germany’s defeat, Adam and Natalia join in a desperate hunt for the 1940 Soviet order authorizing the murders of 20,000 Polish army officers and civilians. If they can find the Katyn Order before the Russians do, they just might change the fate of Poland.

LibraryThing member JBD1
I enjoyed "American Notes" more than "Pictures from Italy" since I happened to be reading this while traveling in some of the same American cities as Dickens as I read, and found it fascinating to make the comparisons. I was greatly bemused by Dickens' repeated discussions of spitting, which were
Show More
frequent and lengthy.
Show Less