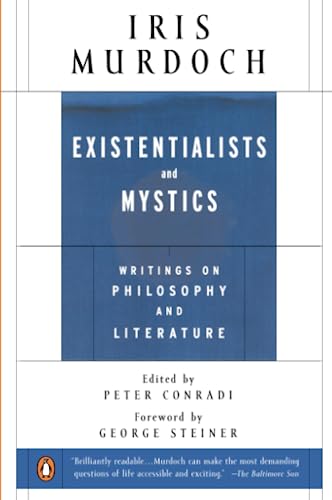 Existentialists and mystics : writings on philosophy and literature

Best known as the author of twenty-six novels, Iris Murdoch has also made significant contributions to the fields of ethics and aesthetics. Collected here for the first time in one volume are her most influential literary and philosophical essays. Tracing Murdoch's journey to a modern Platonism, this volume includes incisive evaluations of the thought and writings of T. S. Eliot, Jean-Paul Sartre, Albert Camus, Simone de Beauvior, and Elias Canetti, as well as key texts on the continuing importance of the sublime, on the concept of love, and the role great literature can play in curing the ills of philosophy.Existentialists and Mystics not only illuminates the mysticism and intellectual underpinnings of Murdoch's novels, but confirms her major contributions to twentieth-century thought.… (more)