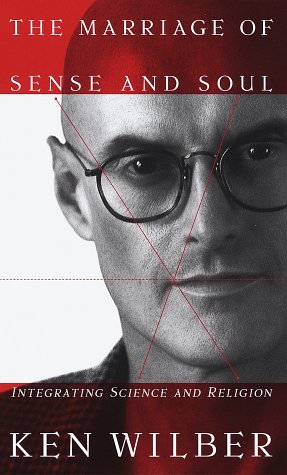 The marriage of sense and soul : integrating science and religion

"In The Marriage of Sense and Soul, one of today's most important philosophers articulates how we might begin to think about science and religion in ways that allow for their reconciliation and union, on terms that will be acceptable to both camps."--BOOK JACKET. "Wilber clearly and succinctly explores the schism between science and religion, and the impact of this "philosophical Cold War" on the fate of humanity. He systematically reviews previous attempts at integration, explaining why romantic, idealistic, and postmodern theories failed. And he demonstrates how science is compatible with certain deep features common to all of the world's major religious traditions. In pointing the way to a union between truth and meaning, Ken Wilber has created an elegant and accessible book that is breathtaking in its scope."--BOOK JACKET.… (more)

LibraryThing member Clif
This book explores the common foundations of scientific and religious world views. People of a philosophic bent will appreciate the book's attempt find harmony where there appears to be none. The book also encourages both sides to lighten up a little and be open to new ways of spiritual knowledge and validation.