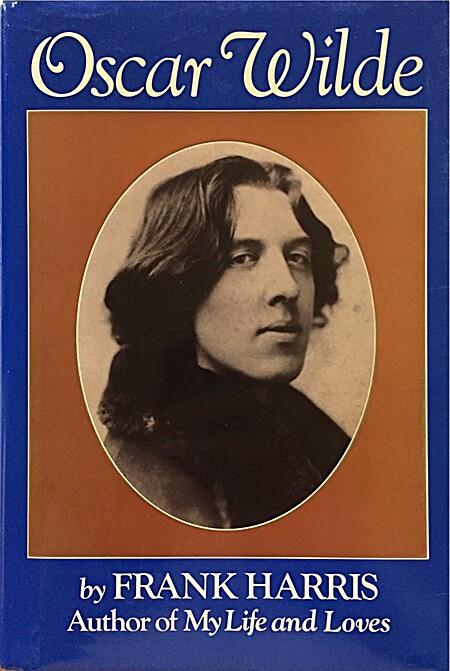 Frank Harris, a journalist and editor, delighted in Oscar Wilde's genial wit and self-assurance. Wilde's verbal charms evoked Harris' financial and emotional support when Victorian England disdained the playwright for his paganism and imprisoned him for "homosexual offenses". Harris relates the proceedings of Wilde's trial and the malice that sent him to France after release from Prison. Later years found Harris increasingly frustrated with Wilde, as the playwright's humor gave way to bitterness and self-pity. Repeatedly, Harris urged the author of The Importance of Being Earnest to continue to write. His pleas met with excuses, indolence, and incessant requests for money. Harris' frustration peaked when he bought an idea for a play from Wilde, then learned that Wilde had already sold the idea to several others.… (more)

LibraryThing member PickledOnion42
I was expecting Harris's biography of Oscar Wilde to be hagiographic, or at the very least to gloss over some of Wilde's less attractive features (Harris was, after all, a friend of Wilde's), but he has, on the whole, refrained from such dishonesty; although the integrity of certain accounts is questionable, the work nonetheless presents a fairly balanced account of Wilde's personality, noting his demerits alongside his many merits. It is tempting to compare this to Richard Ellmann's biography of Wilde, but to do so exhaustively would, I think, be unfair – it is true that Ellmann's work offers a more detailed, objective examination, but the two biographies approach their subject from very different perspectives and are thus to some extent incomparable. Ellmann's work is detached and rather academic, whereas Harris's is unashamedly personal and should be read as more memoir than biography (this is not a bad thing). If I could recommend only one of these works I would undoubtedly select Ellmann's, but as I suffer no such constraint I would not hesitate in recommending this work to the casual reader as the more enjoyable of the two, albeit with the caveat that it should not be used as one's sole source when furthering one's study of Wilde (of course when furthering one's study in any area, a 'sole source' will always lead to trouble). Despite its minor flaws, Harris's account of Wilde is of undeniable value to the Wilde scholar and should be treasured as such.

To end with a wonderfully prophetic quote attributed to Wilde by Harris:

"It is all ignorant prejudice, Frank; the world is slowly growing more tolerant and one day men will be ashamed of their barbarous treatment of me [...]" (p. 292; London: Robinson, 1997).

How right he was.… (more)
1 more
LibraryThing member MarysGirl
A fascinating biography written by Wilde's contemporary and friend Frank Harris. It's a book of its time and focuses more on Wilde's "vicious sin" than his literary legacy. Wilde was a vain, weak man--and suffered for it. He was manipulated by his lover and lost everything. His two years in prison broke him. We are left with his early work--good as it is--when we could have had so much more.… (more)
Fewer