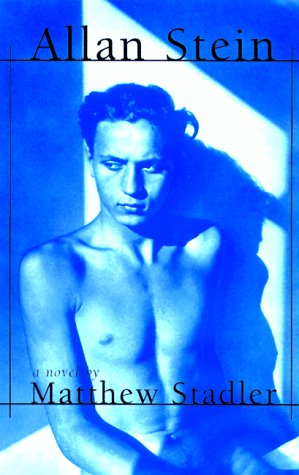 "Allan Stein follows the journey of a compromised young teacher to Paris to uncover the sad history of Gertrude Stein's troubled nephew Allan. Having been fired from his job because of a sex scandal involving a student, the young teacher decides that a change of scenery is in order. He enlists his best friend, a museum curator by the name of Herbert Widener, to help him get out of Seattle. It so happens that Herbert had been planning a business trip to Paris to find Picasso's missing 1906 drawings of Allan Stein, the only child in the charmed circle of Gertrude Stein's Paris. After some convincing, Herbert allows his troubled friend to go in his place, using his own name and passport. In Paris "Herbert" discovers an unusual family that welcomes him, and he becomes enchanted by one particular family member, a fifteen-year-old boy named Stephane. As he unravels the gilded but sad childhood of Allan Stein, "Herbert" is haunted by memories of his own boyhood, particularly his odd, flamboyant mother. Moving through the glitter and pomp of the Parisian art world, he becomes more and more entangled in his masquerade and finds himself increasingly bedeviled by his feelings for Stephane, with whom he ultimately absconds to the south of France. Moving from the late twentieth century back to the 1900s, effortlessly blending fact and fiction, Allan Stein is a charged exploration of eroticism, obsession, and identity."--BOOK JACKET.… (more)

A Boy's Own Story by Edmund White
The beauty of men : a novel by Andrew Holleran