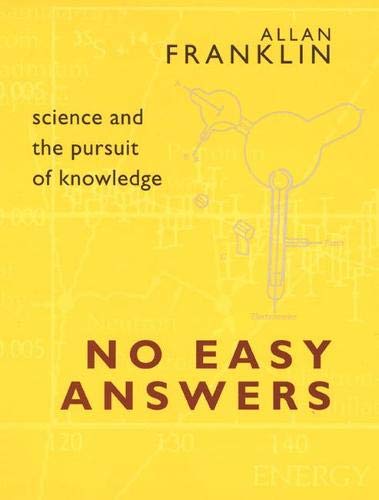 No Easy Answers: Science and the Pursuit of Knowledge

Allan Franklin offers an accurate picture of science to both a general reader and to scholars in the humanities and social sciences who may not have any background in physics. Through the examination of nontechnical case studies, he illustrates the various roles that experiment plays in science. He uses examples of unquestioned success, such as the discoveries of the electron and of three types of neutrino, as well as studies that were dead ends, wrong turns, or just plain mistakes, such as the "fifth force," a proposed modification of Newton's law of gravity. Franklin argues that science is a reasonable enterprise that provides us with knowledge of the natural world based on valid experimental evidence and reasoned and critical discussion, and he makes clear that it behooves all of us to understand how it works.… (more)