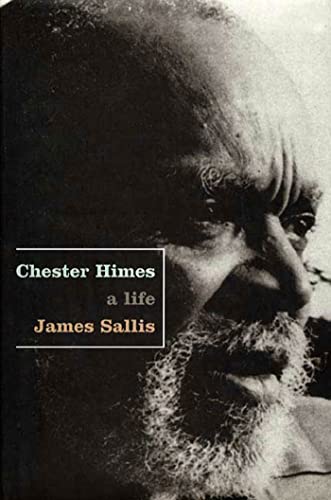 Chester Himes's novels and memoirs represent one of the most important bodies of work by any American writer, but he is best known for The Harlem Cycle, the crime stories featuring Coffin Ed Johnson and Grave Digger Jones. His writing made him a major figure in Europe, but it is only recently that his talents have been acknowledged in the country that spurned him for most of his life, though his work is recognized as being on a par with that of Raymond Chandler, Dashiell Hammett, and Jim Thompson. In this major literary biography, acclaimed poet, critic, and novelist James Sallis explores Himes's life as no writer has attempted before. Combining the public facts with fresh interviews with the people who knew him best, including his second wife, Lesley, Sallis casts light onto the contradictions, self-interrogations, and misdirections that make Himes such an enigmatic and elusive subject. Chester Himes: A Life is a definitive study not only of the life of a major African-American man of letters, but of his writing and its relationship to the man himself, drawing a remarkable, deeply affecting portrait of a too often misunderstood and neglected writer. This is a work of high scholarship and of penetrating and passionate insight, a rare conjoining of two fine writers-and as much a work of literature as any of their novels.… (more)

Bellow: A Biography by James Atlas
Richard Wright : the life and times by Hazel Rowley
Evelyn Waugh : a biography by Selina Hastings
The Life of Langston Hughes: Volume 1: 1902-1941. I, Too, Sing America by Arnold Rampersad