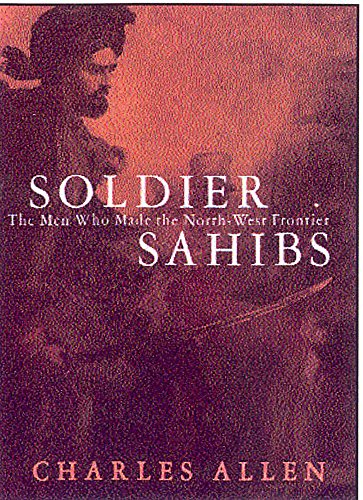 Soldier Sahibs : the men who made the North-West Frontier

The story of a brotherhood of young men who together laid claim to the most notorious frontier in the world, the North-West Frontier, which today forms the volatile boundary between Pakistan and Afghanistan. Known collectively as Henry Lawrence's young men, each had distinguished himself in the East India Company's wars in the Punjab before going on to make his name as a political on the Frontier - Herbert Edwardes, who pacified Bannu; John Nicholson, a forebear of the author, who became the terror of the Sikhs as Nikkal Seyn; Uncle James Abbot of Hazara, and many others.

Sahib: The British Soldier in India 1750-1914 by Richard Holmes
The return of a king : the battle for Afghanistan, 1839-42 by William Dalrymple
The great game : the struggle for empire in central Asia by Peter Hopkirk
Tournament of shadows : the great game and race for empire in Central Asia by Karl Ernest Meyer
The honourable company : a history of the English East India Company by John Keay
1 more
When men and mountains meet : the explorers of the Western Himalayas 1820-75 by John Keay
Fewer