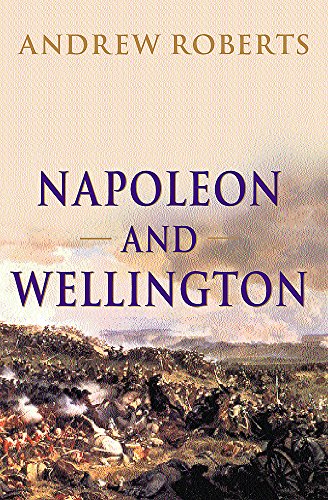 On the morning of the battle of Waterloo, the Emperor Napoleon declared that the Duke of Wellington was a bad general, the British were bad soldiers and that France could not fail to win an easy victory. Forever afterwards historians have accused him of gross overconfidence, and massively underestimating the calibre of the British commander opposed to him. Andrew Roberts presents an original, highly revisionist view of the relationship between the two greatest captains of their age. Napoleon, who was born in the same year as Wellington - 1769 - fought Wellington by proxy years earlier in the Peninsula War, praising his ruthlessness in private while publicly deriding him as a mere 'sepoy general'. In contrast, Wellington publicly lauded Napoleon, saying that his presence on a battlefield was worth forty thousand men, but privately wrote long memoranda lambasting Napoleon's campaigning techniques. Although Wellington saved Napoleon from execution after Waterloo, Napoleon left money in his will to the man who had tried to assassinate Wellington. Wellington in turn amassed a series of Napoleonic trophies of his great victory, even sleeping with two of the Emperor's mistresses. The constantly changing relationship between these two nineteenth-century giants forms the basis of Andrew Roberts' compelling study in pride, rivalry, propaganda, nostalgia, and posthumous revenge.… (more)

LibraryThing member DinadansFriend
A parallel biography, and it's quite useful. Either man merits a longer book, and has plenty of them, but this is a competent essay that tells the reader a useful amount about either. Wellington or Napoleon, which one the reader ends up rooting for, as they meet in Belgium, tells a lot about the reader. So, all four parties to the transaction, the author, the reader and the two subjects, all live for a short period in communication with each other. A book I'd be happy to own!… (more)