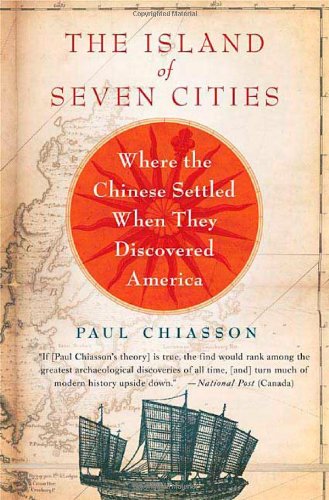 LibraryThing member iFool
This is a non-fiction that reads like a novel. The author took us on a personal journey of discovery where he played history detective on a ancient ruin the size of a shopping mall located on Cape Breton. Most of his research on the origin of the ruin was done at the Toronto Reference Library. Half of the book is on the early European explorations of the Maritime focusing on Cape Breton. This work contains all the intrigues of a treasure hunt. The book is surprisingly well written from someone that is not a professional writer or historian.… (more)
1 more
LibraryThing member jcprowe
The Island of Seven Cities: Where the Chinese Settled When They Discovered America by Paul Chiasson

For so many years, North Americans have been taught that Columbus was the discoverer of "The New World" when this could not be furthest from the truth. Vikings of the ninth century were crossing from Europe to Greenland and Iceland fairly regularly. The Vikings, in fact, established a colony on the northern end of Newfoundland. Chiasson presents his information that the Chinese actually settled on the northern end of Cape Breton Island, Nova Scotia, Canada.

Perpetual happiness : the Ming emperor Yongle by Shih-shan Henry Tsai
The Farfarers: Before the Norse by Farley Mowat
The man who loved China : the fantastic story of the eccentric scientist who unlocked the mysteries of the Middle Kingdom by Simon Winchester