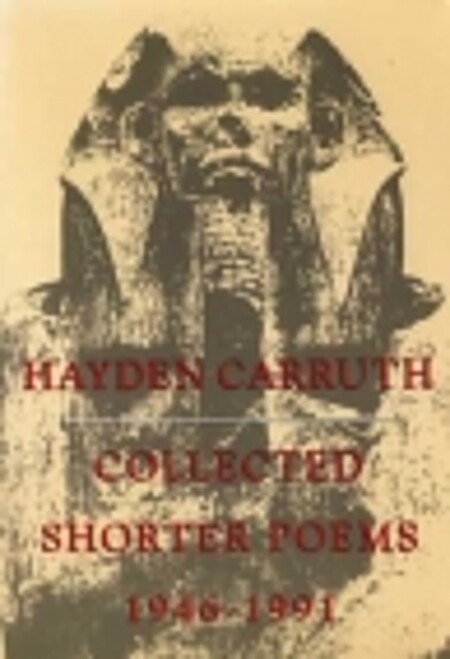 Collected Shorter Poems, 1946-1991 presents all the lyric, short narrative, comic, meditative, nature, and erotic poetry the poet has chosen from the past forty-five years, including a section of new poems not found in his previous twenty-two books. It is an extraordinary literary event. Hayden Carruth has been one of the most widely published and admired American poets for many years. Noted for the breadth of his linguistic and formal resources, influenced by jazz and the blues, Carruth gives his poems--whether sexual political, or narrative--a philosophical resonance that raises them beyond the ego-centered narrowness of much contemporary writing and makes them powerfully moving. Carruth is a New Englander (now living in New York), and many of his best-known poems are about the people and places of northern Vermont. His explorations of rural poverty and hardship, sometimes grim, sometimes funny, are deeply informed by political radicalism and cultural responsibility. Carruth has been editor of Poetry, poetry editor of Harper's, for many years advisory editor of The Hudson Review, and his influential anthology, The Voice That Is Great Within Us, is the standard collection of 20th-century American poetry. He has published one novel and three collections of essays. He has been awarded fellowships by the Guggenheim Foundation, the Bollingen Foundation, the National Endowment for the Arts (including a 1988 Senior Fellowship), and his work has won many prizes and awards, including the Lenore Marshall/Nation Poetry Prize, the Ruth Lilly Poetry Prize, and the Governor's Medal from the State of Vermont.… (more)