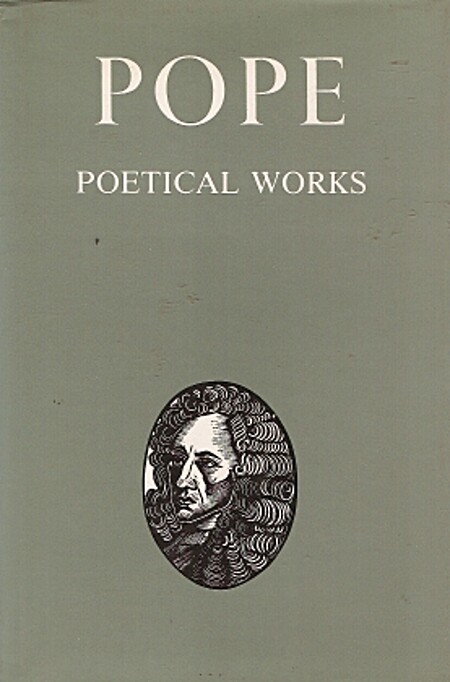 This edition, first published in 1966, contains all of Pope's poems, except for his translations from Homer, scraps of verse originally included in letters, and poems of doubtful attribution. It also includes Pope's own notes, the 1728 edition of The Dunciad, and the 1712 edition of The Rape of the Lock. Davis has provided a text which attempts to follow Pope's latest wishes both in substance and accidentals. He has taken as his copy text the late quartos of The Dunciad in 1743, the Essay on Man and the Essay on Criticism in February 1744, and the Epistles in May 1744. For the rest he has followed the 1751 text, which he has collated with the earlier editions.