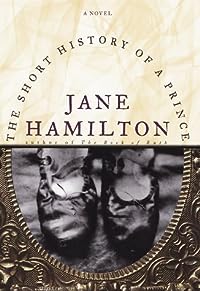 The short history of a prince : a novel

4 cassettes / 4 hours Read by Robert Sean Leonard "Jane Hamilton has removed all doubt that she belongs among the major writers of our time."   --San Francisco Chronicle Set in Jane Hamilton's signature Midwest, The Short History of a Prince is the story of Walter McCloud and his ambition to become a great ballet dancer. With compassion and humor, and alternating between Walter's adolescent and adult voices, the novel tells of Walter's heartbreak as he realizes that his passion cannot make up for the innate talent that he lacks. Introduced as a child to the genius of Balanchine and the lyricism of Tchaikovsky by his stern but cultured aunt Sue Rawson, Walter has dreamed of growing up to shine in the role of the Prince in The Nutcracker. But as Walter struggles with the limits of his own talent and faces the knowledge that Mitch and Susan, his more gifted friends, have already surpassed him, Daniel, his older brother, awakens one morning with a strange lump on his neck that leads to fearful consequences--and to Walter's realization that a happy family, and a son's place in it, can tragically change overnight. The year that follows will in fact transform the lives not only of the McClouds but also of Susan, who becomes deeply involved with the sick Daniel, and Mitch, the handsome and supremely talented dancer with whom Walter is desperately in love. Into this absorbing narrative Hamilton weaves a place of almost mythical healing, the family's summer home at Lake Margaret, Wisconsin, where for generations the clan has gathered on both happy and unhappy occasions. Only a writer of Jane Hamilton's sensitivity and humanity could do justice to this moving story of the torments of sexuality and the redemptive power of family and friendship. This book confirms her place as a preeminent novelist of our time.… (more)

Internet
This book as far as I can see- went absulutely nowhere. Jane Hamilton's writing is positively irritating. You have no idea how hard I tried to actually care about any of her character. They just were not believable . And she- Jane Hamilton keeps going on and on and on and on. Somewhere around page
Show More
200 I finally detected a hint- a vague HINT of a PLOT- but hell- she's got no time for anything that mundane. OHH NO-her characters are so shallow and her writing is so superficial and yet she goes on.... and on... and on. By thetime I got to the end I truly felt like a record needle that slides right across the record because in this case there ain't nothing very good to listen to. BORING. PRETENTIOUS< and RUN AT THE MOUTH. and so it goes. Judy Mann
Show Less

LibraryThing member porch_reader
First of all, I’ve never read anything by Jane Hamilton, despite the fact that her books have often caught my eye in bookstores. [The Short History of a Prince] is not her best known book, nor her most recent. (It was published in 1998.) But I found it to be beautiful written, and I am so glad
Show More
that I was nudged to pick up this book.

The Short History of a Prince provides two points of entry into Walter McCloud’s life. Half of the chapters are set in 1972-73 when Walter is a high school student taking ballet lessons and dealing with his older brother’s serious illness. Interspersed with those chapters are chapters set in 1995-96 when Walter has recently moved to Otten, Wisconsin to teach high school English. At both points in his life, Walter faces identity challenges. As a teenager, he seems to be losing his footing. His family is rocked by his brother’s illness, and Walter loses an important foundation due to the frequent absences of his parents. His relationship with his friends and his involvement in ballet also shift during this year. Plus, he has his first homosexual relationship. In middle age, Walter is still trying to negotiate who he is (though with a bit more wisdom than before). He moves from New York City to Otten and faces the possible loss of a lakeside house that has served as a gathering place for his family for years.

There are so many threads running through this story. It is an honest look at the challenges of growing up as a homosexual in a small town. It is a story of extended family (Walter’s aunt Sue Rawson is a strong force in his life) and of a small town neighborhood of the kind that seems to have almost disappeared. It is a heart-wrenching look at illness and a tender story of relationships. And, I know that I said it before, but it is beautifully written.
Show Less
11 more
LibraryThing member shazjhb
Amazingly this book was written by a woman and yet she seemed to inhabit the skin of an adolescent /homosexual man. You do not love Walter and then you realize Walter was 14 years old struggling with his own sexuality and the death of his brother. The back and froth between the the 1970's and the
Show More
1990's was great. Jane Hamilton is a very interesting author who pushes the boundaries. Great book.
Show Less
LibraryThing member TheLoisLevel
I enjoyed the first half of this book, but it is about a third too long. I had to force myself to finish it, and I don't know why I bothered.
LibraryThing member CatieN
This is the story of Walter McCloud and how he handles being gay in the '70s and loving ballet and wanting drama in his life and then dealing with the death of his brother. The book moves between the '70s and the '90s where Walter is now in his late 30s has moved from NYC to Wisconsin to be a high
Show More
school English teacher, and it is his family's lake house in Wisconsin that is the catalyst for him to finally deal with the past. This is a bittersweet and touching story that explores in wonderful detail family, friendship, love, and death. Enjoyed the book immensely.
Show Less
LibraryThing member librorumamans
Affecting, certainly, in particular the winding down of Daniel's life. (Not a spoiler, since it's clear from chapter one that he's doomed.) Hamilton has also pretty much nailed the adolescent experiences of a little gay boy, trying but unable to hide in plain view. Ultimately, though, I found the
Show More
book unsatisfactory, somewhat overlong and for sure overdone. "Enough with the summer house metaphor!" I wanted to shout at times.
Show Less
LibraryThing member oldblack
I was somewhat fascinated by this book, and read it right through despite the fact that in some ways it didn't meet my normal selection criterion. Usually I only relate well to books about situations that I could find myself in. In this case the protagonist is a homosexual man who does ballet and
Show More
teaches poetry. This world is definitely foreign to me.
However, I do have a connection: my (25 y.o.) daughter declared herself to be 'queer' a few years ago. I was therefore looking for parallels which might help me to understand her life better and my possible role in that. I didn't really find very many, although the role of family ritual (present also in my family) was interestingly explored. I was a bit troubled by the way the man's sexuality was dealt with. It was as though he never had the slightest inner doubt about his sexual identity, the only issue was when to reveal it to others. Can this be real? Maybe I'm not understanding though...perhaps Hamilton was just choosing to deal with different issues?
As I mentioned, I did like the way she dealt with family relationships and other inter-personal relationships in general, including the protagonist's sexual relationships.

I will definitely be leaving Jane Hamilton's other books on my "to read" list.
Show Less
LibraryThing member bataviabirders
I enjoy Jane Hamilton’s novels, partly because I can usually “place” them – she typically writes about Northern Illinois and Southern Wisconsin, and partly because she can so beautifully expose the dynamics of a family under stress. “The Book of Ruth” is probably my most favorite of her
Show More
works, this book, about Walter McCloud, is lesser known (Oprah didn’t put it on her list) but excellent as well. Here, we follow a coming of age of Walter, a young man growing up gay in the 1970’s. During his sophomore year of high school, his brother Daniel dies of cancer, while Walter comes to terms with his homosexuality. Walter is a dancer, striving to be the best in the world, but held back by his middling talent.

We follow him into the 90’s when he teaches poetry at a small school in Wisconsin, and finally comes into his own. This book is a gentle coming of age story that left me smiling when I finished reading.
Show Less
LibraryThing member mirrani
While reading this book I felt a little as if the story had been tossed into a blender, spun around once or twice, then dumped back out again and glued to the cover. The story was good and interesting, but the jumping around was somewhat distracting in just a few places. I have no problems with a
Show More
book that tells you someone's history in little chunks, in fact I find that kind of storytelling fascinating because it brings questions to mind about what happened in the past or how said past connects to the future, however when you add huge a flashback or memory to the mix, it changes the way the book reads.

The characters were all written well and were true to themselves. There were certain people that you just wanted to punch in the face, there were certain people that you wished you could hug tightly while reminding them that everything would be okay, and there were people that you never really felt one way or the other about. All of those kinds of things are true to life and speak to the quality of care taken when creating and maintaining the characters involved. Walter's transition from being a gay teen-dancer dealing with the death of his older brother to being a gay adult learning to become a teacher in a rural setting is very well written and the relationships that he maintained through that time frame are also interesting to observe.

Overall, I read the book because I was curious about what would happen in Walter's life, not because I found the writing to be groudbreaking or beautiful or a work of perfection. There were times when I simply wanted to hurry along and move on to other books, but I just couldn't give up on the characters. High praise must to be given for good writing in that regard.
Show Less
LibraryThing member juniperSun
Wonderful. A gay man tells of his childhood when his brother died, his friendships, and how current life brings them back.
LibraryThing member BookConcierge
(NOTE: Apparently I never wrote a review of this book ... though I remember reading it for book club ... I may have to re-read it)
LibraryThing member Eye_Gee
I Loved Jane Hamilton's "A Map of the World" but I just couldn't get into the characters in this novel and made a rare decision to stop reading after the first few chapters.
LibraryThing member DeanieG
This is a really good book but sad...
Fewer