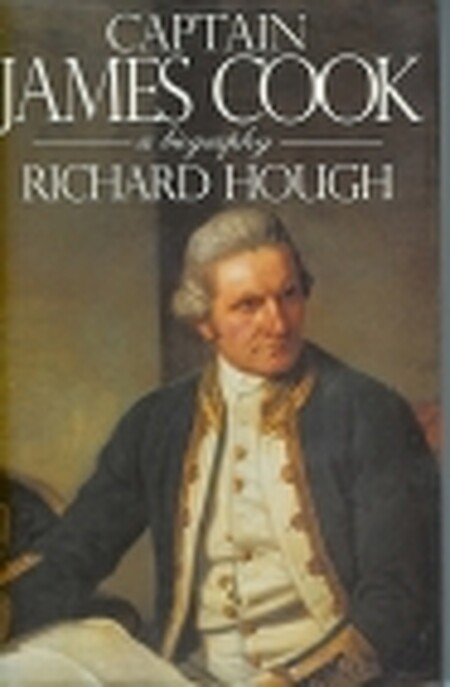 "James Cook, born in 1728, rose from the lowest ranks of the merchant marine, then through the Royal Navy, to become one of the most celebrated men of his time, the last and the greatest of the romantic navigator/explorers. His voyages to the eastern and western seaboards of North America, the North and South Pacific, the Arctic and the Antarctic, brought a new understanding of the world's geography and of the peoples, flora, and fauna of the lands he discovered." "Richard Hough's meticulously researched narrative captures all the excitement of this age of discovery and establishes Cook as a link between the vague scientific speculations of the early eighteenth century and the industrial revolution to come. He pioneered the use of new navigational technology, measuring and recording endlessly, producing maps of unprecedented accuracy. He revolutionized the seaman's diet, all but eliminating scurvy. Always seeking the truth of geography Cook was also an exploder of myths, among them that of the great southern continent imagined by earlier geographers and scientists."--BOOK JACKET.Title Summary field provided by Blackwell North America, Inc. All Rights Reserved… (more)

LibraryThing member miketroll
Excellent account of the life and character of a great British hero (certainly one of mine!).
1 more
LibraryThing member fingerpost
As a layman without a strong background in history, and no background in 18th century nautical terminology, I found this a fascinating and readable book. Had to skip to a dictionary or atlas from time to time to keep straight what was going on, but Hough's writing style is accessible without ever being simplistic.

Cook was an interesting man, ahead of his time in many ways. The bulk of the book details his three voyages in which he served as captain and commander. The first voyage, main purpose to complete an astronomical observation that the Royal Society wanted done on a certain day in a certain spot on earth. The second voyage was primarily to discover the rumored great southern continent. The third voyage, to discover the also rumored Northwest Passage.

For the first 2 voyages, Cook was constantly on top of his game and never lost sight of the mission. He was humane, both with his crew and with natives on the various islands that were discovered or visited. He was loved and respected by his officers and crew.

Something happenend to Cook which affected him mentally, and on his third voyage he frequently seemed to lose sight of the mission, have erratic and inexplicable explosions of temper, which were sometimes taken out on his crew, and more frequently on the natives that he had been so respectful of on earlier trips.

His questionable actions cost him his life on his third voyage, where after first being welcomed on the Hawaiian Islands as a god, he was in the end brutally murdered by these same natives.… (more)
Fewer

The Fatal Shore, A History of the Transportation of Convicts to Australia, 1787-1868 by Robert Hughes
The Bounty : the true story of the mutiny on the Bounty by Caroline Alexander
A narrative of the voyages round the world performed by Captain James Cook : with an account of his life, during the previous and intervening periods by Andrew Kippis