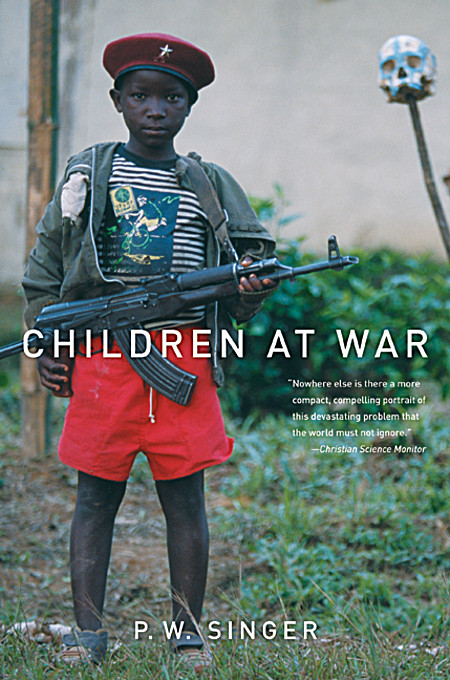 This is the first comprehensive look at the use of children in contemporary warfare. From U.S. soldiers having to fight children in Afghanistan and Iraq to juvenile terrorists in Sri Lanka to Palestine, the new, younger face of battle is a terrible reality of 21st century warfare. Indeed, the very first American soldier killed by hostile fire in the "War on Terrorism" was shot by a fourteen-year-old Afghan boy. Children at War is the first comprehensive examination of a disturbing and escalating phenomenon: The use of children as soldiers around the globe. Interweaving explanatory narrative with the voices of child soldiers themselves, P.W. Singer, an internationally recognized expert in modern warfare, introduces the brutal reality of conflict, where children are sent off to fight in war-torn hotspots from Colombia and the Sudan to Kashmir and Sierra Leone. He explores the evolution of this phenomenon, how and why children are recruited, indoctrinated, trained, and converted to soldiers and then lays out the consequences for global security, with a special case study on terrorism. With this established, he lays out the responses that can end this horrible practice. What emerges is not only a compelling and clarifying read on the darker reality of modern warfare, but also a clear and urgent call for action.… (more)

LibraryThing member BakuDreamer
Singer's books are just GOOD. ( although War here is a little repetative ) I tried to warn people that this was going to become a huge problem in the 90s , now it's here.