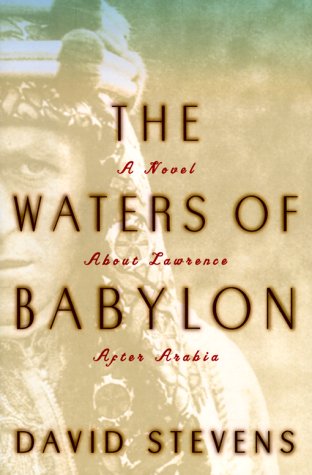 The waters of Babylon : a novel of Lawrence after Arabia

A brilliantly imagined and elegantly written novel that speculates on the enigmatic life of the legendary T. E. Lawrence following his retreat from celebrity as "Lawrence of Arabia," "The Waters of Babylon" focuses on the story of Lawrence's life after Arabia -- although in fully creating its character, the narrative ranges from his childhood as a troubled boy and youth, to his first adventures in the Middle East, through his years in India and his final days at Clouds Hill. Peopling his story with some of the great figures of the twentieth century, author David Stevens has created a challenging portrait of a man who gave up fame to pursue his ideals. For decades, the story of T. E. Lawrence has been shrouded in the trappings of modern mythology -- thanks in great part to his immortalization on film as a charismatic, larger-than-life figure -- and for all intents and purposes his life ended at a point of glory and celebrity. As depicted in David Stevens's novel, however, the reality was far different from the myth. In fact, following his brief but shining moment in the spotlight of public consciousness, Lawrence attempted a r… (more)

A Touch of Genius : The Life of T.E. Lawrence by Malcolm Brown