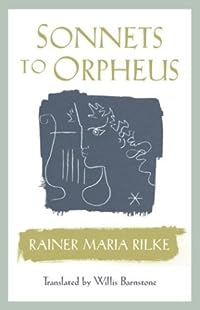 Breathing, you invisible poem! World-space in pure continuous interchange with my own being. Equipose in which I rhythmically transpire. Written only four years before Rilke's death, this sequence of sonnets, varied in form yet consistently structured, stands as the poet's final masterwork. In these meditations on the constant flux of our world and the ephemerality of experience, Rilke envisions death not only as one among many of life's transformations but also as an ideally receptive state of being. Because Orpheus has visited the realm of death and returned to the living, his lyre, a unifying presence in these poems, is anemblem of fluidity and musical transcendence. And Eurydice, condemned to Hades as a result of Orpheus's backward glance, becomes in Rilke's universe a mythical figure of consolation and hope. Edward Snow, in his translations ofNew Poems,The Book of Images,Uncollected Poems, andDuino Elegies, has emerged as Rilke's most able English-language interpreter. Adhering faithfully to the intent of Rilke's German while constructing nuanced, colloquial poems in English, Snow'sSonnets to Orpheus should serve as the authoritative translation for years to come.… (more)

LibraryThing member Frenzie
Technically great, occasionally beautiful and thought-provoking, often silly imagery and it can be a bit of a drag. I prefer other Rilke.

Regarding this edition, it features a Dutch translation & the original German right next to each other so you can fall back without having to use grab a
Show More
dictionary; good presentation.
Show Less
1 more
LibraryThing member jonfaith
Even as the farmer labors
there where the seed turns into summer,
it is not his work. It is Earth who gives.

Despite the parched ground it is but a shade of spring outside. The world appears geared to disrupt such edenic days with the distant rumble of foreign thunder and a blurred blunder on the
Show More
button.

There were flashes here which I truly admired but not others. My hazed judgement might conceal a concern or two -- perhaps it doesn't. This series didn't engender thought so I'm moving on.
Show Less
Fewer