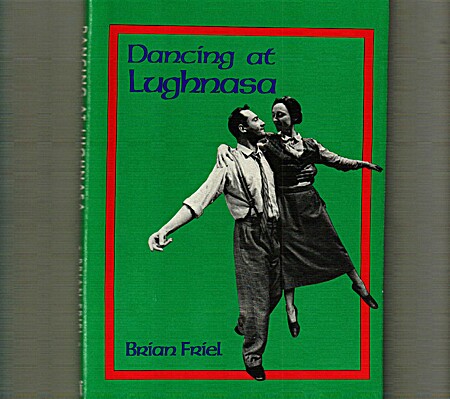 It is 1936 and harvest time in County Donegal. In a house just outside the village of Ballybeg live the five Mundy sisters, barely making ends meet, their ages ranging from twenty-six up to forty. The two male members of the household are brother Jack, a missionary priest, repatriated from Africa by his superiors after 25 years, and the seven-year-old child of the youngest sister. In depicting two days in the life of this menage, Brian Friel evokes not simply the interior landscape of a group of human beings trapped in their domestic situation, but the wider landscape, interior and exterior, Christian and pagan, of which they are a part. It won the 1991 Olivier Award for Best Play of the Year and the Evening Standard Award for Best Play, the 1992 Tony Award for Best Play and New York Drama Critics' Circle award for Best Play.… (more)

It is the story of the Mundy sisters, who live in County Donegal in the mid-1930s. It is told through the recollections of Michael, the illegitimate child of the youngest sister. These women work hard to survive but are trapped by every aspect of life - finances, social status, sexism, natural ability, duty, the past, and even religion.

Friel's writing is beautiful and rich, and the characters are tragically lovely. In such a short time, Friel succeeds in taking the reader from pure joy and relief to heartbreaking sadness. This is a work you'll remember.… (more)
4 more
LibraryThing member kettle666
A deeply moving and eternally relevant masterpiece from one of the greatest playwrights. Whether you read it, see it on stage, or watch the movie, this wise and tender portrait of relationships transcends its time or country, and speaks directly to heart and head. Yes, you're right, I loved it.
LibraryThing member Devil_llama
A book about four sisters who are living together in 1930s Ireland, unmarried, with one child (out of wedlock) in the house with them. The grown-up child serves as narrator, which adds a slightly less standard format to a play that is otherwise basically a linear, realistic piece. In reality, the addition of the narrator turns it into a memory piece, as the young man remembers a particular summer when there was dancing - an unusual thing in this stern religious household. The child's father provides a bit of conflict when he shows up; he is referred to repeatedly as a creature, which is a detail that catches nicely the attitude toward unwed parents in those days - almost not human. The story is well written, with strong characters and believable settings and dialogue.… (more)
LibraryThing member AliceAnna
A fabulous slice of life drama about five Irish sisters, a radio, a child, a kite, a man, an unorthodox priest and the music of life that binds them all as they dance through life.
LibraryThing member leslie.98
Rather melancholy look at the passing of a way of life through a single family. … (more)
Fewer

Two Shakespearean actors by Richard Nelson
Faith healer : a drama by Brian Friel
Someone who'll watch over me by Frank McGuinness
The Kentucky cycle by Robert Schenkkan
The beauty queen of Leenane and other plays by Martin McDonagh
4 more
ends and odds by Samuel Beckett
The sisters Rosensweig by Wendy Wasserstein
A flea in her ear : a farce-comedy in three acts by Georges Feydeau
Steel magnolias by Robert Harling
Fewer