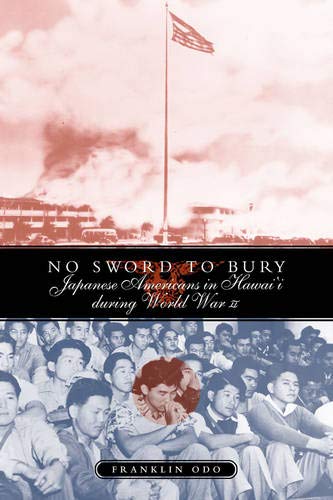 When bombs rained down on Pearl Harbor in 1941, Japanese American college students were among the many young men enrolled in ROTC and immediately called upon to defend the Hawaiian islands against invasion. In a few weeks, however, the military government questioned their loyalty and disarmed them. In No Sword to Bury, Franklin Odo places the largely untold story of the wartime experience of these young men in the context of the community created by their immigrant families and its relationship to the larger, white-dominated society. At the heart of the book are vivid oral histories that recall their service on the home front in the Varsity Victory Volunteers, a non-military group dedicated to public works, as well as in the segregated 442nd Regimental Combat Team. Illuminating a critical moment in ethnic identity formation among this first generation of Americans of Japanese descent (the nisei), Odo shows how the war-time service and the post-war success of these men contributed to the simplistic view of Japanese Americans as a model minority in Hawai`i.… (more)