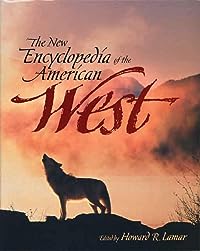 The new encyclopedia of the American West

"The American West is an evocative term that conjures up images of cowboys and Indians, covered wagons, sheriffs and outlaws, and endless prairies as well as contemporary images ranging from national parks to the oil, aerospace, and film industries. In addition, the West encompasses not only the past and present of the area west of the Mississippi but also the frontier as it moved across each of the fifty American states, offering the promise of freedom and a better life to pioneers and settlers in every era. This authoritative, comprehensive encyclopedia is a rich source of information about these many characteristics of the American West, real and imaginary, old and new, stretching from coast to coast and throughout the country's history and culture. The encyclopedia, a thoroughly revised and expanded version of Howard Lamar's acclaimed twenty-year-old Reader's Encyclopedia of the American West, consists of entries in alphabetical order by more than 300 contributors"--Publisher description.… (more)

Westward vision; the story of the Oregon Trail by David Lavender
The Nez Perce Indians and the Opening of the Northwest (American Heritage Library) by Alvin M. Josephy Jr.