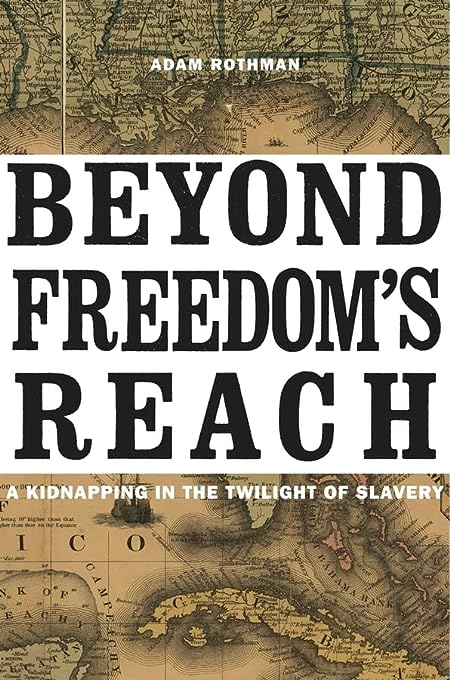 Beyond freedom's reach : a kidnapping in the twilight of slavery

Born into slavery in rural Louisiana, Rose Herera was bought and sold several times before being purchased by the De Hart family of New Orleans. Still a slave, she married and had children, who also became the property of the De Harts. But after Union forces captured New Orleans in 1862 during the American Civil War, Herera's owners fled to Havana, taking three of her small children with them. Just how far the rights of freed slaves extended was unclear to black and white people alike, and so when Mary De Hart returned to New Orleans in 1865 to visit friends, she was surprised to find herself taken into custody as a kidnapper. The case of Rose Herera's abducted children made its way through New Orleans' courts, igniting a custody battle that revealed the prospects and limits of justice during Reconstruction. Rose Herera's perseverance brought her children's plight to the attention of members of the U.S. Senate and State Department, who turned a domestic conflict into an international scandal.… (more)

Slaves No More: Three Essays on Emancipation and the Civil War by Ira Berlin
Lincoln's Emancipation Proclamation : The End of Slavery in America by Allen C. Guelzo
The Dred Scott Case: Its Significance in American Law and Politics by Don Edward Fehrenbacher
To 'Joy My Freedom: Southern Black Women's Lives and Labors after the Civil War by Tera W. Hunter
Reconstruction : America's unfinished revolution, 1863-1877 by Eric Foner