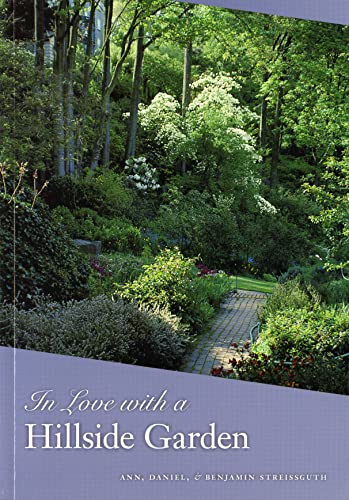 In love with a hillside garden

?It all began when architect Daniel, then a bachelor, built his own house on a wild hillside lot, developing his garden as next-door-neighbor, Ann, was developing a garden around natural springs in her backyard. We married, and together with our growing son, Benjamin, continued these gardens as we also fought through blackberries, horsetails, and morning glories to push intersecting paths through the adjacent two-lot wilderness we later purchased, creating a little park which we planted and nurtured and ultimately gave to the City of Seattle in 1996, with our promise to maintain it through our lifetimes.' -from the Introduction This richly illustrated book offers timely inspiration to gardeners in an increasingly urban world. In an engaging narrative, the Streissguths show the emergence of their gardening partnership during forty years of marriage, and their philosophy that developing a site along a public stairway gave them the opportunity to share their garden with neighbors and passersby. They offer practical insight into concepts of linking inside and outside rooms and of combining private and public spaces, and they describe the process through which they transformed a steep forested hillside in the heart of Seattle into a deciduous woodland garden with banks of perennials, a dell, vistas of the city and lake, and a site for ornamental and food-producing plants. Finally, they consider the future stewardship of the Streissguth Gardens, a park linking the wild and tamed sections of a unique greenbelt garden shared with joggers, strollers, fellow gardeners, schoolchildren, and those who call it ?a touch of Eden in a big city.'… (more)