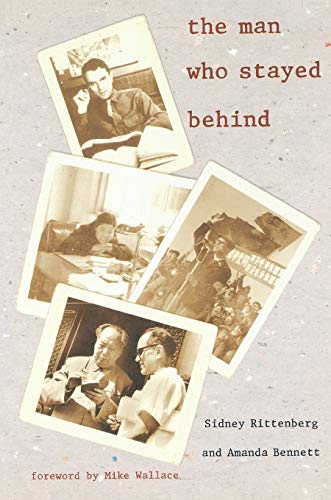 The man who stayed behind

The Man Who Stayed Behind is the remarkable account of Sidney Rittenberg, an American who was sent to China by the U.S. military in the 1940s. A student activist and labor organizer who was fluent in Chinese, Rittenberg became caught up in the turbulence that engulfed China and remained there until the late 1970s. Even with access to China's highest leaders as an American communist, however, he was twice imprisoned for a total of sixteen years. Both a memoir and a documentary history of the Chinese revolution from 1949 through the Cultural Revolution, The Man Who Stayed Behind provides a human perspective on China's efforts to build a new society. Critical of both his own mistakes and those of the Communist leadership, Rittenberg nevertheless gives an even-handed account of a country that is now free of internal war for the first time in a hundred years.… (more)

LibraryThing member autumnesf
This is a book about an American that left the military and stayed in China to become a communist. It was a very interesting story -- I was very curious as to how he could do this. When all is said and done he lost his health, 16 years in prison and eventually ends upback in the states. A good read. This one I would recommend.

inscribed to donor by author

The new emperors : China in the era of Mao and Deng by Harrison Evans Salisbury
China Wakes: The Struggle for the Soul of a Rising Power by Nicholas D. Kristof
Deng Xiaoping and the transformation of China by Ezra F. Vogel
The Long March : the untold story by Harrison E. Salisbury