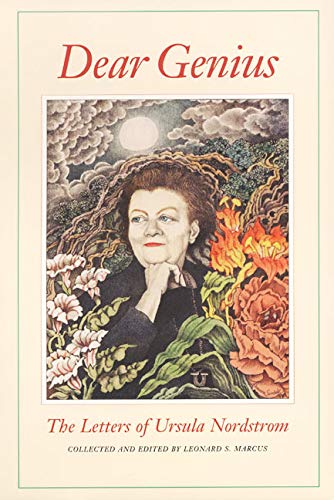 Ursula Nordstrom, director of Harper's Department of Books for Boys and Girls from 1940 to 1973, is regarded as the single most creative force for innovation in children's book publishing in the United States during the twentieth century. Considered an editor of maverick temperament and taste, she dared to publish groundbreaking, sometimes controversial books for an audience that was used to the often condescending material deemed "appropriate" for children. Her unorthodox vision of what she called "good books for bad children" helped create such classics as Goodnight Moon, Charlotte's Web, Where the Wild Things are, Harold and the Purple Crayon, and the Giving Tree.But it took a lot more than editorial genius to juggle such a diverse roster of talent as Margaret Wise Brown, Shel Silverstein, E. B. White, Maurice Sendak, and John Steptoe; it took immense intuition and a generous heart. Recognizing that artists need emotional as well as financial support, Nordstrom gave to each what she or he needed to thrive and flourish. She could be a best friend, a teacher, a mother, and sometimes even a taskmaster. Most of all, she was always available - ready to talk, to listen, to encourage, and to guide. Leonard S. Marcus has culled an exceptional collection of letters from the HarperCollins archives.… (more)

LibraryThing member labwriter
Ursula Nordstrom (b. 1910) was a children's book editor at Harper & Row; later she was Harper's first female vice president. She became an editor (1940) at a time when there were few women editors in book publishing. She was a hugely important figure in the history of book publishing--the children's literature's Maxwell Perkins. She was quite the personality, and from what I can tell this book does her justice.… (more)
2 more
LibraryThing member satyridae
What I liked about this collection of letters is the way UN's wry wit was always in evidence. It was fun to read some of the letters to authors I know and love.

What I didn't like was the lack of context, the disconnected nature of only getting one side of the conversation.

What drove me crazy is maybe only something I don't understand, perhaps some scholarly convention- but I found it maddening that the editor assigned "short" names to some of the authors as if he would be referring to them by these compressed names but then continued to use the whole name, followed by the shortened version in parentheses throughout.

In summation I see the merit of a book of letters but I'd have been much, much happier with a biography.… (more)
LibraryThing member flydodofly
I very much enjoyed getting this exclusive peek at the selection of the Ursula Nordstrom's letters to so many wonderful authors of children's books. Although, being without replies, it resembled a long monologue, I thought each letter had been well-put into context by ample footnotes. For even more detail, the internet was as always very useful, and I had a feeling like I was doing my own little research, lerning more about Ursula Nordstrom, but at the same time also about everyone else she was in contact with, and of course also the times when this was happening. Her letters make me think she was not a wonderful person and someone one would love to have around, as a friend, or even as an editor, but also somone with a good dose of genius in herself.… (more)
Fewer