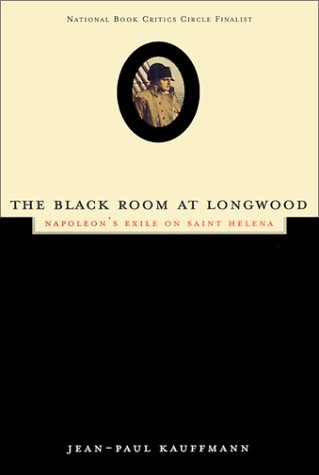 The Black Room at Longwood: Napoleon's Exile on Saint Helena

Like his subject, Napoleon, author Jean-Paul Kauffmann has experienced captivity, as a three-year hostage in Beirut. He brings his insider's knowledge to this moving account of the most famous French soldier's last years in seclusion on a tropical island. After his defeat at Waterloo in 1815, Napoleon was exiled and imprisoned by the British on the island of St. Helena. He became increasingly withdrawn, surviving on a diet of memories that he recounted to the few people around him. But the book -- part history, part travelogue -- portrays the leader as a prisoner also of his mind, poisoned by nostalgia for his triumphs and grief over his defeats. "A haunting, unforgettable book....Kauffmann captures the desolate atmosphere of Napoleon's last home with evocative precision." -- Boston Globe… (more)

LibraryThing member BLyda97112
The title is a bit misleading - it's a tale of captivity, written by a French journalist who was taken hostage in Lebanon in the 1980's, and his ruminations on the nature of being held hostage and the loss of freedom. Napoleon's experiences in exile form a conceptual backdrop to the modern Frenchman deprived of his liberty in Lebanon. This is a worthwhile read.… (more)