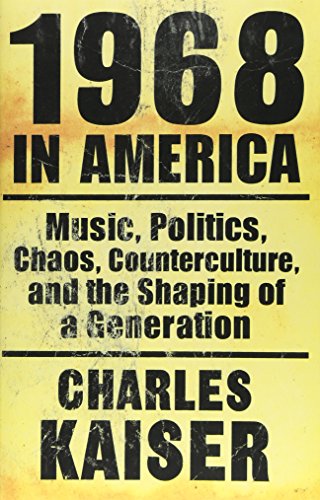 1968 in America: Music, Politics, Chaos, Counterculture, and the Shaping of a Generation

1968 in America is the tumultuous, comic, tragic, outrageous story of the year that changed a nation.Nineteen sixty-eight has come to be recognized as the pivotal year in a period of nearly unprecedented change and upheaval??a year that witnessed the turning point of the Vietnam War and the Tet offensive; the shattering assassinations of Martin Luther King and Bobby Kennedy; the near-breakdown of the Democratic National Convention??and, some thought, of the American political system itself. It was also the year in which the disparate strands of a growing youth culture burst forth upon the national consciousness, manifesting itself in a variety of ways??from ground-breaking records by the Beatles, Aretha Franklin, Simon and Garfunkel, and the Rolling Stones; to an explosion of student and radical unrest unlike anything this country had ever seen.Much has been written about the sixties, but no one has yet captured the mixture of heady exuberance and sheer...… (more)

Family circle : the Boudins and the aristocracy of the Left by Susan Braudy
Uncovering the Sixties: The Life and Times of the Underground Press by Abe Peck
The Metaphysical Club: A Story of Ideas in America by Louis Menand