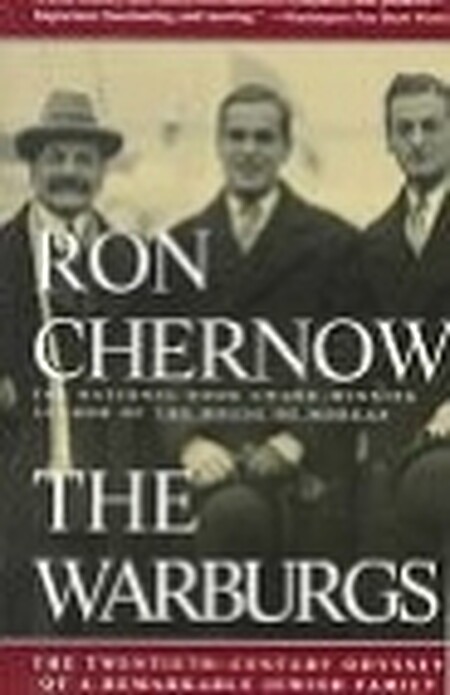 The Warburgs: the twentieth-century odyssey of a remarkable Jewish family

From the Pulitzer Prize-winning bestselling author of Alexander Hamilton, the inspiration for the hit Broadway musical, comes this definitive biography of the Warburgs, one of the great German-Jewish banking families of the twentieth century. Bankers, philanthropists, scholars, socialites, artists, and politicians, the Warburgs stood at the pinnacle of German (and, later, of German-American) Jewry. They forged economic dynasties, built mansions and estates, assembled libraries, endowed charities, and advised a German kaiser and two American presidents. But their very success made the Warburgs lightning rods for anti-Semitism, and their sense of patriotism became increasingly dangerous in a Germany that had declared Jews the enemy. Ron Chernow's hugely fascinating history is a group portrait of a clan whose members were renowned for their brilliance, culture, and personal energy yet tragically vulnerable to the dark and irrational currents of the twentieth century.… (more)

LibraryThing member Whiskey3pa
Well written and engaging story of the German Jewish banking family. Their influence was felt across Europe and the US for the 20th century. A challenge to cover so many lives in a single volume that Chernow met with ease. Good reading.
2 more
LibraryThing member ibkennedy
Fascinating read
LibraryThing member librisissimo
I suspect it is a really good book (based on others' ratings), but I have run out of time to read the mega-histories from Europe's past.
Fewer

Titan : the life of John D. Rockefeller Sr. by Ron Chernow
Andrew Carnegie by David Nasaw
The Chief: The Life of William Randolph Hearst by David Nasaw
The vanishing American Jew : in search of Jewish identity for the next century by Alan M. Dershowitz
Washington : a life by Ron Chernow
1 more
Gold and iron : Bismarck, Bleichröder, and the building of the German Empire by Fritz Richard Stern
Fewer