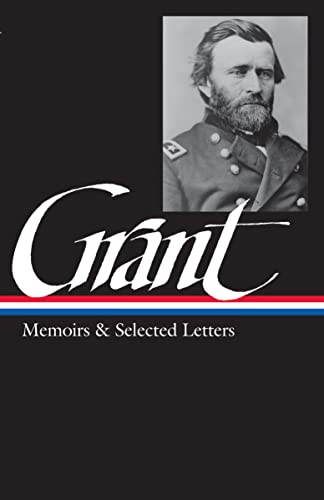 At the age of thirty-nine, Ulysses Simpson Grant volunteered to command a regiment after the attack on Fort Sumter. His campaign in early 1862 against Forts Henry and Donelson resulted in the first major Union victory of the Civil War. Shiloh, Vicksburg, Chattanooga—the great battles in the West that followed—are stunningly described in Personal Memoirs. After Grant’s rise to commanding general of the Army of the Potomac in March 1864, the narrative reveals the pressure on him to produce victories and the gradual success of his overall strategy, leading to General Lee’s surrender of Confederate forces at Appomattox. Although Grant went on to become president of the United States, Personal Memoirs ends with his Civil War service. The memoirs were written in 1884–85 when Grant was deeply in debt and dying of throat cancer. Fighting pain with cocaine, composing in long hand because he could no longer dictate, the general completed his great work less than a week before his death. A huge commercial as well as critical success, Personal Memoirs redeemed his name and provided for his survivors.… (more)

The book itself of course was also written the time pressure of a
terminal illness.

Grant's point of view here is more of a journalist than it is a memoirist. He reveals very little of his personal life. He refers to his wife as Mrs. Grant on those few occasions when he refers to her at all. He describes one incident in which he had to visit his eldest son who was seriously ill, but the reader is left to wonder what the outcome was. (He survived.) Grant cared about his soldiers and wished to avoid placing their lives in any more danger than was necessary, but nowhere does he reflect deeply on this issue, on the carnage of the Civil War, or the way he was able to reconcile his duty as a commanding officer in a brutal war with values of compassion
and humanity. He does characterize the confederate cause as one of the worst in human history, yet admires the bravery of the opposing forces. Grant undoubtedly reconciled all this in his own mind, but perhaps due to the conventions prevailing among military officers in the 19th century, he shares little of that with us. Having done so well as historian, I at least wondered about Grant-from-within was like.… (more)
LibraryThing member santhony
In the course of reading American Ulysses, Whitehead’s biography of Ulysses S. Grant, I discovered that not only was Grant very intelligent and well read, but that he had penned memoirs, without the aid of a ghost writer, which were held in very high regard by presidential scholars. I purchased this memoir as a result.

I found the writing to be very well done, despite the fact that much of it was done as Grant suffered through the end stages of terminal cancer. The scope of the work is very limited, however, as it provides very little insight into his early, formative years, and concludes with the end of the Civil War. I was hoping for some account of his post-War and presidential years.

There is some extremely good and wise counsel within his writing, especially as relates to human nature and observations made throughout the military and political infighting surrounding the War.

My low rating derives from the narrow scope of the autobiography, coupled with the fact that the book is a chore to read, for one primary reason: A complete lack of any maps to supplement the voluminous descriptions of strategic and tactical maneuvering associated with many of the battles and campaigns described therein.

As I said, there are frequent outstanding observations sprinkled throughout the book, however, by far the bulk of the writing concerns specific Civil War battles, sometimes extending for dozens of pages, citing small towns, roads, directions, battalions, regiments and armies, without any frame of reference whatsoever. This book would be helped immeasurably by detailed maps which would help the reader follow the battle flows described in the narrative. Without the maps, this writing is largely worthless.… (more)
Fewer