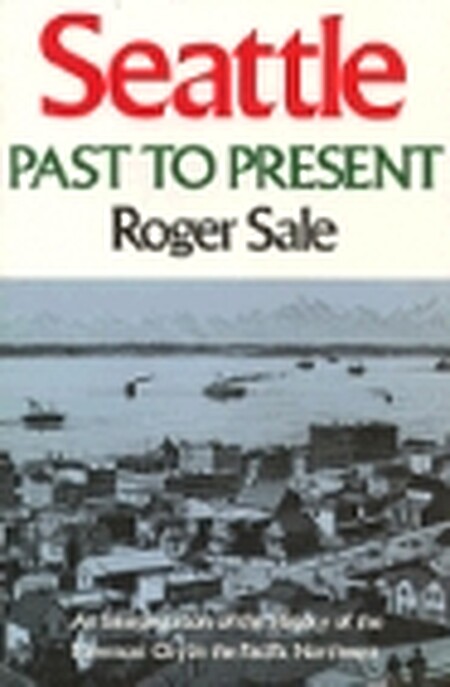 Seattle, past to present

Seattle, Past to Present, interprets the history of the foremost city in the Northwest and traces the implications of that history for the city's present and future. In the process Seattle emerges not as a rough, half-formed frontier town but as a soft city of streets and houses, middle-class in aspiration and achievement; Roger Sale asks how it came to be that way.The methods Sale employs range from demographic analysis and residential survey to portraiture and personal observation and reflection. He highlights what was most important in each of the city's major periods from the founding, when the settlers, in waiting forty years for the railroads to come, meanwhile built a city to which the railroads had to come, down to the post-Boeing Seattle of the 1970's, when the city tried for the first time to discover a sense of itself based on the truths and lessons of its own past.Along the way one finds a good deal that has been obscured or ignored in other books on Seattle and in most books on the history of American cities: a discussion of the economic diversity of late-nineteenth-century Seattle which allowed it to grow; a description of the major achievements of the first boom years, in parks, boulevards, and neighborhoods of quiet eleganced; portraits of people like Vernon Parrington, Nellie Cornish, and Mark Tobey who came to Seattle and flourished here; an assessment of Seattle's new vitality as the result of natives and newcomers mixing both in harmony and in antagonism.… (more)

Skid road : an informal portrait of Seattle by Murray Cromwell Morgan
Seattle: Then & Now by James Madison Collins
Puget's Sound : a narrative of early Tacoma and the southern Sound by Murray Cromwell Morgan
Seattle, now & then by Paul Dorpat
Vanishing Seattle (Images of America) by Clark Humphrey
29 more
King County and its Queen City, Seattle : An Illustrated History by James R. Warren
Washington State place names by James Wendell Phillips
Native Seattle : histories from the crossing-over place by Coll-Peter Thrush
The Natural History of Puget Sound Country by Arthur R. Kruckeberg
The last wilderness by Murray Cromwell Morgan
The Canoe and the Saddle; or, Klalam and Klickatat by Theodore Winthrop
Northwest passage : the great Columbia River by William Dietrich
Classic houses of Seattle : high style to vernacular, 1870-1950 by Caroline T. Swope
Whistlepunks & Geoducks : Oral Histories From the Pacific Northwest by Ron Strickland
Seattle and the Demons of Ambition: From Boom to Bust in the Number One City of the Future by Fred Moody
Island in the sound by Hazel Heckman
The final forest : the battle for the last great trees of the Pacific Northwest by William Dietrich
Exploring Washington's past : a road guide to history by Ruth Kirk
Rites of passage : a memoir of the sixties in Seattle by Walt Crowley
Seattle Now & Then: Volume 2 by Paul Dorpat
A guide to architecture in Washington State : an environmental perspective by Sally Byrne Woodbridge
Washington : a centennial history by Robert E. Ficken
The Good Rain: Across Time and Terrain in the Pacific Northwest by Timothy Egan
Doc Maynard : the man who invented Seattle by William C. Speidel
Seeing Seattle by Roger Sale
294 glimpses of historic Seattle, its neighborhoods and neighborhood businesses by Paul Dorpat
Chief Seattle and the Town That Took His Name: The Change of Worlds for the Native People and Settlers on Puget Sound by David M. Buerge
The American Northwest: A History of Oregon and Washington by Gordon B. Dodds
Washington Territory by Robert E. Ficken
The Seattle bungalow : people and houses, 1900-1940 by Janet Ore
Alaska-Yukon-Pacific Exposition : Washington's first world's fair : a timeline history by Alan J. Stein
Seattle by Nard Jones
Totem tales of old Seattle; legends and anecdotes by Gordon R. Newell
Seattle Now & Then: Volume 3 by Paul Dorpat
Fewer