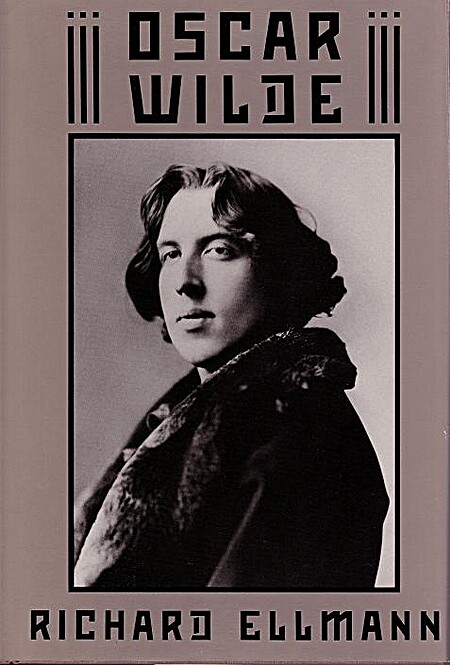 In this long-awaited bioraphy, Wilde the legendary Victorian - brilliant writer and conversationalist, reckless flouter of social and sexual conventions - is brought to life. More astute and forbearing, yet more fallible than legend has allowed, Wilde is given here the dimensions of a modern hero. Based on fresh material from many hitherto-untapped sources, Ellmann depicts Wilde's comet-like ascent on the Victorian scene and his equally dramatic sudden eclipse. His Irish background, the actresses to whom he paid court, his unfortunate wife and lovers, his clothes, coiffures, and the decor of his rooms - all are presented here in vivid detail. The saga of his 1882 American tour is recounted with a wealth of new details; also his later impact on the bastions of the French literary establishment. The London of the Nineties, of Whistler and the Pre-Raphaelites, Lillie Langtry and the Prince of Wales, is evoked alongside Paris of the "belle epoque" and the Greece, Italy and North Africa of Wilde'stravels. Ellmann's definitive critical account of Wilde's entire oeuvre shows him as the proponent of a radical new aesthetic who was perilously at odds with Victorian society. After his period of success and daring, the fatal love affair with Lord Alfred Douglas is followed by exposure, imprisonment, a few wretched years abroad and death in exile. The tragic end of Wilde's life leaves the reader with a sense of compassion and grief for the protagonist. This edition make the popular and best selling biography available in paperback for the first time.… (more)

LibraryThing member brianjayjones
Richard Ellman won the Pulitzer for his work on Oscar Wilde, and with good reason: it's not only the definitive look at the Irish poet, playwright, critic, and martyr, but it's also a ripping good read. Wilde was a movie star in a time before movies, a tabloid staple, and a constant bestseller, and Ellmann makes him -- and his work -- come alive.

Following Wilde's rise to literary and theatrical fame, a series of colossally bad decisions lead to his imprisonment and disgrace -- another ending we know is coming and want desperately for our subject to avoid. In Ellmann's capable hands -- especially as he traces the poet's final frustrating years -- Wilde emerges not so much a victim of Victorian morals but rather of his own ego and genius. And we're more than ready to forgive him for it.… (more)
2 more
LibraryThing member Hera
My favourite biography of all time. It's a wonderful, thorough and considered evaluation of Wilde's life as an artist, a public man and a family man. A truly remarkable book and in my 'all time top ten' books.
LibraryThing member Angela.Kingston
The only biography - quite simply a masterpiece. (Except for the unfortunate photograph of 'Oscar' in drag, mistakenly identified by Ellmann.)
Fewer

James Joyce by Richard, Ellmann
Bernard Shaw. Volume I. 1856-1898: A Search for Love by Michael Holroyd
Palimpsest : a memoir by Gore Vidal
Oscar Wilde by Frank Harris
Axel's castle : a study in the imaginative literature of 1870-1930 by Edmund Wilson
5 more
Dickens by Peter Ackroyd
Eminent Victorians (Dover Books on Literature & Drama) by Lytton Strachey
Christopher and his kind, 1929-1939 by Christopher Isherwood
Nora: A Biography of Nora Joyce by Brenda Maddox
Genet : a biography by Edmund White
Fewer